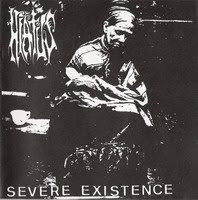 Severe Existence/Soulforce split was released in 1991 by Kyoto based MCR Company (MCR-048) and its a long long out of print, for Hiatus this was one of their first releases along with I don't scare easily but.. and Way of doom ep's, there is no need to say anything about them since almost everything they released on seven inches is posted minus the split w Fleas and Lice (hopefully it will be posted soon)
Reach A Mental Road was an obscure act from Sendai, Japan, they started as Rich Mate Rally (perhaps this means Rich Materially or something like that...) they appeared in Give us The Time to Play 2x7" (1990, Lifestyle Sound) and they had a split with Dr & The Crippens (from Sendai too) on MCR Co.. (Speaking of Sendai scene, take a look at Hardcore Showcase lp with several unknown japcore bands)
The split comes in gate-fold cover and includes lyrics in English and some translation in Japanese, music wise Hiatus deliver their usual Doom/early Extreme Noise Terror crustcore in four songs, the side opens with an atmospheric intro, Narrow Minded.. and Positive Smoking Attitude are fast but in Inside Death they slow down the speed, Hey Bob is a three seconds joke song and its what the title says:-"Hey Bob! WHAT?(growl)", P.S.A. is the appropriate song for the new anti-smoking law (no smoking in pubs,bars,restaurants, etc, free smoking on the street, wow! this is the solution to the financial crisis!). On the other side, Reach A Mental Road contribute two tracks of raw, aggressive and fast hardcore, He's singing style(He is the name,ok?) is another proof that this is a Japanese band, lyrics seem to be a little mistranslated or whatever and remind of Iconoclast's lyrical shit.
This time ranting will be a little shorter than the usual. I have a bunch of rips (though no scans yet) of old posts and someday there will be a massive re-post of old posts that are in low quality and no scans but it will take some time 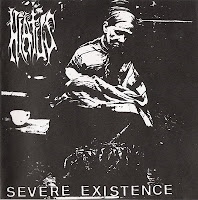 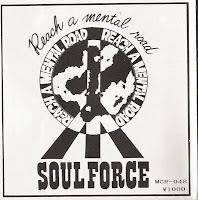 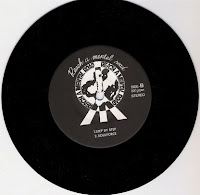 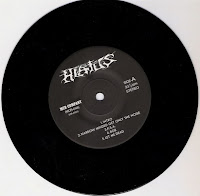 just finnished the rip of the liberate/selfish split....
so...next post is sweaty dedicated...

Thx, was looking for this one!

Fucking love Hiatus, need to go back and see what all you have, although the actual vinyl would be cool. Great writeup as usual, thanx as always. Hope things are even just a tiny bit better where you're at.

thanks for your kind words Justin, things are still hard and we are in the bottom of this shithole, hope only will not get worse

Greetings,
Vladimir here from Bulgaria. I'd like to thank you,I've been downloading from your site for some time now - excellent music and really informative writing! On other note, I've just launched my webzine,please check it out and if you find it appropriate may I suggest putting alink to it in youe e-zine section? I'm pretty excited about this webzine of mine,it's mostly Metal up so far but I love Punk/HC/Crust so I hope I can cover these styles in the future,too. Keep on the great work!

thanks for the comment,you are added in e-zine section.best wishes :)

Thanks a lot! Should I try to get you some BG bands?

the bottom of this shithole, hope only will not get worst.

Gracias!blog link is added and zine is posted in Punks is Hippies blog. cheers!

did you notice that lady gaga in her videoclip with beyonce wore a leather jacket with doom logo, icons of filth and gism?
poly gelio....tha trizoun ta kokala tou tragoudisth tvn icons.