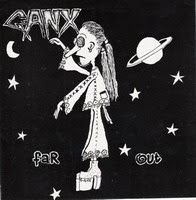 "Started as Gravida Anker (Pregnant Ducks) in Huskvarna, Sweden 1982. Gravida Anker were playing some old school midtempo punkrock, but the following years they were infiltrated by the young noisecore extremists from Penisknyckarna (Steve, Putte & Hoccy) and the name was cut down to G-ANX in '84. A few years later the last original member Sonnerby was replaced by Hedda. With this final setting we rehearsed approx. 20 times until the split-up in '91 (it's better to split up than to be infiltrated and replaced). We also performed about 20 gigs and recorded 4 vinyl-ep:s - that's all folks. The last ep was supposed to be an album, but some tapes were erased by mistake(?) and we didn't have the energy to complete it". (taken from Swedishpunk)
Far out was the first of the three ep's that complete the G-ANX discography and was released in 1989 by Finn Records and right after the split with Filthy Christians, their other ep's are already posted here and here check these for further details about the band,(soon there will be a repost of split w Filthy Christians) and their demo tapes
The first thing worth to mention about Far Out is the strange artwork for a punk record, it reminds me of the little price of Antoine Exipery fairytale, next worth to say is about the music: Powerful hardcore with aggression and wrath, shouted vocals and catchy riffs and raw sound , tracks are fast with slower breaks and the usual acoustic parts for G-ANX songs appear here and there, in Ninteenninteyeight they create the link that connects Far Out and the form of songs of their next records by the emotional acoustic intro and slowing down the speed, Stenad is a raw noise attack of 49 seconds, Appelskruttar is fast a hell with slower parts and Skitsnack moves from mid paced to moderately fast pace. The record comes in gatefold cover and includes lyrics.
This is it, go get and tell what you think, These tracks appeared in Flashback discog. cd(Sound Pollution / Elderberry Records), G-ANX contributed in several compilations such as Really fast vol 4, (1988,Really Fast Rec.s), Bblleeaauurrgghh 7"(1991,Slap a Ham), Civilisationens Bakgård 7''(1991,Elderberry) and as you already know members continued with mighty Counterblast (a new 10" is just unleashed) and in a less known act named Farcical, & don't forget that some of these people also ran Elderberry Records 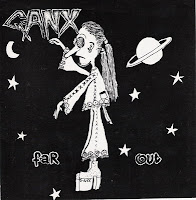 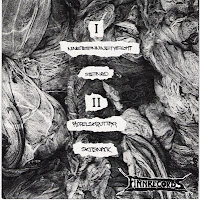 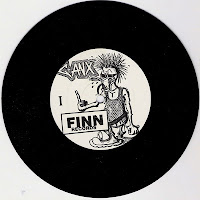 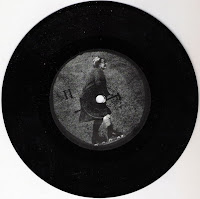 Thanks for the info on the new 10"! Counterblast are one of the 10-20 bands I know I'll retain from my crust past, now that I'm an old git listening to mellower stuff :).

mmmm.. Counterblast, i sold the lp to save some money and there are times i regret but...
anyway the new Faceless 10" is on Alerta AntiFascista and probably is as good as their other records.
old git....lol lol lol lol