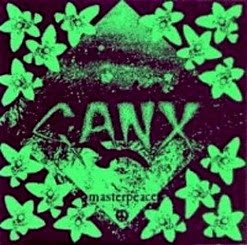 Here is a text about G-Anx biography taken from the Swedishpunk website, apparently written by a member of band:
"Started as Gravida Anker (Pregnant Ducks) in Huskvarna, Sweden 1982. Gravida Anker were playing some old school midtempo punkrock, but the following years they were infiltrated by the young noisecore extremists from Penisknyckarna (Steve, Putte & Hoccy) and the name was cut down to G-ANX in '84. A few years later the last original member Sonnerby was replaced by Hedda. With this final setting we rehearsed approx. 20 times until the split-up in '91 (it's better to split up than to be infiltrated and replaced). We also performed about 20 gigs and recorded 4 vinyl-ep:s - that's all folks. The last ep was supposed to be an album, but some tapes were erased by mistake(?) and we didn't have the energy to complete it."
This four track 7" was released by Elderberry Records (E.B.-001) back in 1990 and it is the third of the four ep's they released back in late 80's early 90's. From the hardcore attack of "the narrow path' and 'You",to the acoustic intros of "Clouds or cancer" and 'Life?' this record is simply what it name says, slightly paraphrased: A masterpiece of fast swedish hardcore with bashing drums, shouting vocals and raging guitars with some melodic and acoustic parts
Sound Pollution Records released 'Flashbacks cd" in 1993 including their vinyl material plus a few tracks from compilations. G-Anx disbanded in 1991 and some members(Hoccy & Steve) formed Counterblast.
Tracklist:
1. The narrow path
2. Clouds or cancer
3. Life?
4. You 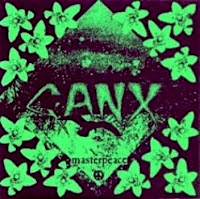 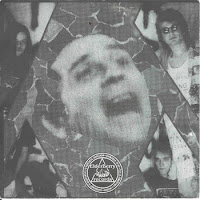 And here I am sitting listening to the G-Anx compilation all night. Is it because G-Anx is so suitable for early authumn nights perhaps? Lol.

A line or two about the very highly related recordlabel Edlerberry Records could have been included in the post, a back catalogue that holds pretty much 99% masterpieces inmo. But apart from that pedantic note this post is a brilliant example why this blog is one of my favorites.

G-Anx made a obscure demo too by the way -which was posted at the Swedish crust blog "Blogg As Fuck" made by my pal Masken recently (is the url bloggasfuck.no ? Not sure, but a google search shall get you there) - this demo is very interesting actually as it is pretty much the usual G-Anx songs from discography but kind of lowfi, slower and more punk than grind.

By the way, I have been looking for the first Counterblast demo which I recall being very impressed with it "came out". Early Counterblast is not very unlike G-Anx for obvious reasons...

thanks for the infos Slobo :) i dindn't know about the G-Anx demo
Blog as Fuck is awesome, i wish only i could understand the writings...

That's the one. Yeah, your comment about Greek zines - even if it is not English language, that is cool. In fact, I would encourage any stuff in any language as long as it is related to punk /anarcho/ crust etc.

man this is still my favortie blog of them all, thanks for all the great work, do you have any more dystopia or know someone who does? if you do could you post it? that would be sweet. ok keep up the good work!

thanks,
sorry but i don't have any other Dystopia record..

Sweet record and my favorite of the G-Anx releases, it's a shame Counterblast never reached this level. Nice post. Hey Seein Red I have some other Dystopia vinyl that 7inchcrust hasn't done (it's getting harder and harder to find stuff he hasn't posted :D) I'll post some in the next few weeks.

"it's getting harder and harder to find stuff he hasn't posted"

i know this is getting annoying sometimes, sorry stig...
but c'mon! i got only 10-15 posts per month! :), and limited to 7", and just cos someone posted a record that don't mean you can't post it a week or a month latter, it not a kind of competition here..
i wish you be back in action as soon as you can, i really enjoy it each time you post a new bunch of records

I mean't that has a compliment because your Blog is one of the best around and you always take time and effort with your posts. I prefer quality over quantity anyday. I've got about 5 LP's ripped and ready for my Blog but I'm moving servers in the next few days so will wait for that to be sorted.

Mad Blasts.. is one of the first blogs coming to my mind when i think of quality...
thanks for the KLF/ENT. i have to check each post of Mad Blasts.. there must be some treasures still i haven't found out there! :)
i hope everything will be ok there and see you soon back in action.
cheerz