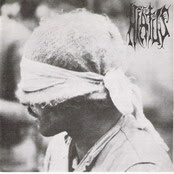 Another post with my fav. band from Hellgium: This is the first official Hiatus release back in 1990 on Urban Alert Records after two demo tapes and was followed by a bunch of ep's and split ep's and some lp's. This is a repost and it isn't: In 1991 Nabate Rec.s/Mother Peace Rec.s added one more song on B side (and erased first pressing's last track Elvis, which is a joke track in the vein of joke songs that appear in In my mind demo tape) and re-issued with the same artwork and titled as I don't scare easily but....
if you have downloaded I don't scare... then you know what you got here. This is the Hiatus record with the most obvious influences of Extreme Noise Terror and here you got it in a new rip and scans. Elvis, the last track is a blues ballad that last nearly a minute, good enough for a joke song :). Inside the gatefold cover you will find lyrics, special thanks and this statement: "We have been obliged to put All Rights Reserved sentence on the labels of this piece of plastic, We do not agree with that bullshit copyrights. Use, reproduce and tape at will!". Really nice guys!
i don't need to say anything about Hiatus, most of their ep's are already posted and much blurb is written about them, check also wikipedia for some more details on line ups and other bands connected. When they disbanded some members (Azil on guit. and Willy on bass) went on with Unhinged and in a different music direction. Recently they formed back and shared the stage with Sedition, Cress and others, no much updates there though,check some flyers on their myspace.
This is it, i don't want to keep it short but there is nothing left to say, now only the splits w Fleas and Lice and Reach A Mental Road are left to complete the Hiatus ep discog, hopefully will be posted here in the future. stay tuned ;) 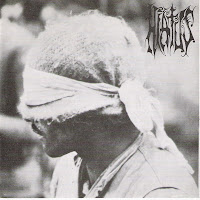 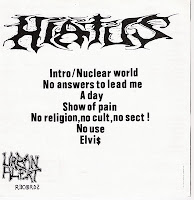 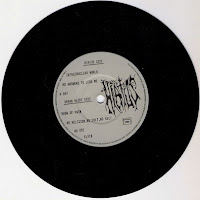 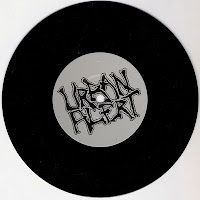 How do you get your rips to sound so good? Great blog.

i use a a simple RCA to 1/8"(3.5mm) adapter cable and a prog to record from line in to Wav and then i convert wav's into mp3,(what comes is the real sound,not any fixing/cleaning/whatever)its easy,simple and has fun :)

Thanks, but what do you mean, by prog?

Hiatus is dope, I don't have this one so thanks.

I noticed no Peruvian section. Is there any Ataque Frontal on here? I have the s/t 7" and was wondering if I could find some more of their shit. Just curious, thanks again

no i dont have any Ataque Frontal record.... :/

Hey Billy hadn't checked to see if you were rolling again in a while. Can't say enough about Hiatus. Just got the Up For Grabs live comp for dirt cheap and the Hiatus tracks make the whole thing worth while. Thanx dude and for hitting me up at my place as well. later.

hello friend, I'm Isaac from FAIXA DE GAZA from Bra$il, this is the new test is already preparing for a recording!

I hope you enjoy

thanx Isaac i will give it a listening
Cheers :)

can you re up thesesongs. thanks for the scans.

link is fixed,it will be there for short time

thanks a bunch getting it now.

a classic, and a damn good one!