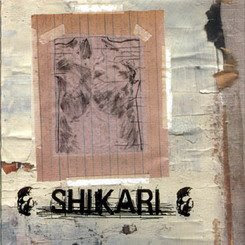 Shikari were a screamo-crust band from Groningen, Netherlands,originally formed in 1999 by two Office Killer members. Their first release was "Robot wars" 10" in 2000 including their first recordings and that was followed by a 10" split w/ Seein Red (2002) and the s/t 7". Two split 7" (with Phoenix Bodies and Acao Direta) was put out in 2004 and their final release was the split w/ Louise Cyphre in 2005.the Shikari tracks from the 2004 split ep's were originally recorded for a split 7" with Sin Dios. There is also the "1999-2003" discog CD (2004) and two tape versions of it for Chile and Malaysia and apart from all these, they contributed tracks in several compilations.

The st 7" was going to be released by a German label but the whole thing was canceled because of the bad pressing so it was finally released by Level Plane Records. Only 500 copies were made and sold out and one year later a Cd version in 1000 copies came out including a 30 minute video shot from a gig in Rotterdam.
If you like emotional neo-crust with thick guitars and screaming vocals that create an intense atmosphere in the vein of Bremen scene, then this is for you. Some melodies are thrown here and there, double bass drumming, high pitched screaming vocals and lyrics in a personal view. The artwork reminds of the Bremen scene too (and Shikari's not far from the screamo-hardcore of Carol, Systral and Acme but that's not surprise since the tracks have been recorded by Dirk Kusche) and due to some mistakes in printing the lyrics insert, a part of The last thing lyrics is missing.
Shikari (Bodyhunter in japanese) disbanded around 2006, members were involved with bands such as Makiladoras, R.O.Conspiracy, Grinding Halt, One Day Closer, Office Killer and others
Tracklist
1: Dead men
2: Utopia dismantled
3: Morning wood
4: The last thing 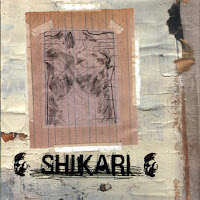 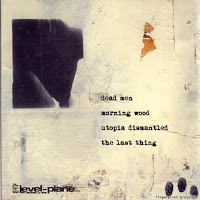 the singer´s nose often started to bleed when they performed live cause of his screaming!they were a awesome live band and nice guys!

shit, i just found this blog tonight. i will most likely be downloading every single thing uploaded here. finally, something that you cant find on every other blog on the internet. thanks a ton

papst benedikt xvi:
Are u serious?! That's brutal as fuck! hahahaha. Live shows must've been energetic as hell!!!
Now that I sound like a scenester crusty-kid... :P
Seriously though... nice post and thanks for the music; more neo-crust and/or emo-crust posts in the future would be appriciated. :)

dead serious! they were a brilliant liveband and very nice people!

I'd rather listen to Shakira, hahaha.
Just kidding :)