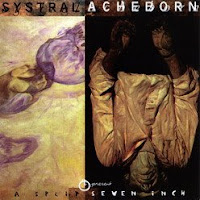 Heavy harsh metal/grind/crust from Germany:
Systral were one of the most important bands of Bremen scene they were active in mid-90's and released the Maximum entertainment (7"), Fever (10"), both releases on Per Koro, split 7" with Acheborn and The Black smoker Cd/Lp (2000,Chrome Saint Magnus). the "Fever...The Maximum Carnage" cd was released by Per Koro in 1997 and includes the tracks from the 7" and 10" plus 2 tracks from compilations and one preveously unreleased song. Systral featured ex & current members of Acme and Morser .
i dont know much about Acheborn, i think they have released two ep's and two members joined later The Data Break.
Acheborn's stuff is raw, heavy, violent and brutal: Heavy and thick guitars, hard-pounding rhythm section with nice bass lines and drum fills and screaming vocals building a wall of metallic crust.
And if Acheborn is brutal then Systral walk beyond the line of Acheborn's aggression, contributing two tracks with down tuned guitars and deep low growing distorted vocals, mixing grinding metal riffs with hardcore and crust, blending Bolt Thrower heaviness and Entombed riffs and what they deliver is really atrocious and violent. The production is good and both bands sound metal edged and heavy as hell. A classic Bremen scene band
Acheborn/Systral-Present A Split Seven Inch was released on Trans Solar, 1998, white vinyl,including insert with Acheborn lyrics.
Tracklist:
Systral side:
1. Save gas burn nitro
2. Diesel dust and tons of bullets
Acheborn side:
3. Cent appeal
4. End of a century syndrome 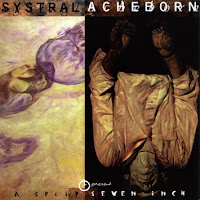 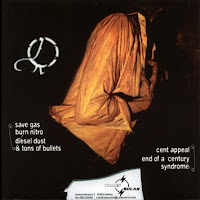 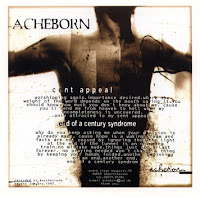 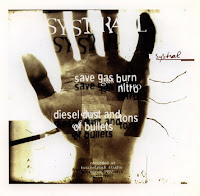 Could you please upload something that sounds like doom?

ok, ok, next posts will sound like Doom and Disrupt/Destroy.. :)

Thanks, I really really REALLY dig these guys...