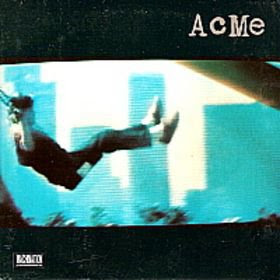 Acme and Carol were two obscure bands from Bremen, Germany and they are both here because come from the same scene,their style and playing were similar and members from both bands were found together in other band. Both bands were formed in early/mid 90's and just like in Anarcrust case the "crust" term is not enough to describe their music, here "neocrust' or 'metalcore' terms are not strong enough to describe their Bremen school heavy stuff but both bands are worth enough to check em out.
Carol's discography includes the "Prefabricated" 7"(Per Koro) a split 7" w the german powerviolence freaks Stack (Summersault,1997) and one track in the 'Cry now cry later vol 4 comp.(Pessimiser/Theologian,1996).
Acme were formed in 1991. Band's members avoided publicity (photos, interviews, even liner notes in their releases), their discography includes an untitled ep (Machination Records,), a few tracks in compilations (No Desire To Continue Living(Farewell Records), "PLOT" (X-Mist/PLOT Records and "All The Presidents Men"( Old Glory Records), some alternative versions and the 9 track "To Reduce The Choir To One Soloist" lp(Edison Recordings,1996) a compilation with all(or most of) their recorded material. Edison was a brunch label of Very Distribution
Carol's members were involved with bands such as Systral and Morser. "Prefabricated" was produced by Dirk Kusche and released in 1995 by Per Koro, it comes with a fold out sleeve with lyrics. Acme's ep was released around 93-94, not quite sure about the year but according to Machination catalogue number ( MACH 003) it must be 1994. If i m not mistaken they broke up in 1994 and formed Systral along with members of Morser.
Both bands sound heavy mixing essential hardcore with sludge and metalcore delivering heavy guitars with metallic riffage, hard pounding rhythm section with many tempo changes from brutal slow parts to faster outbreaks, double bass, throaty screaming vocals and poetic lyrics in english about social topics. if you have already downloaded the Stack/Carol and Systral/Acheborn split ep's from this blog then you know what we are talking about.
Prefabricated 7" is still available from Per Koro so its only one track available here for downloading. Feeling preety jealous today i copy Whisp's way and put a 320 kbps link too :) to celebrate the come back after all these pc problems. Cheers crusties!
Tracklists:
Carol-Prefabricated 7"
1. Try
2. Apathie
3.Beyond Belief 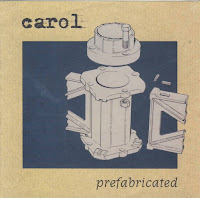 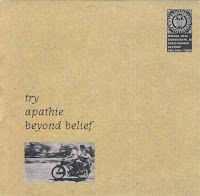 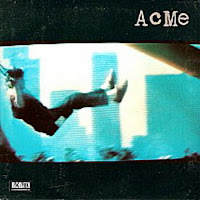 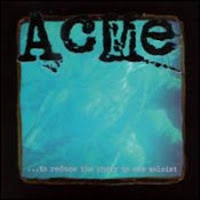 you know ho it goes:punks hate hippies but i have no problem with hippies and according to Slobo punks is (not are) hippies. Music-Buzz is awesome blog, i ve been looking for some old shit of Grateful Dead, thanks.
Bring in sight old forgotten treasures, i added you on my links

I never get sick of these guys - or any of their other musical incarnations.
Happy New Years, by the way...

can anyone (re)upload the Carol Prefabricated 7"?

first off, i would like to ask you "anonymous" and everyone who makes comment as anonymous, please put a nick in your comment. it isn't hard and creates a virtual person to talk to.what;s next? an anonymous replying to another anonymous? we leave it up to you people,we don't want to enable any settings about it,no comment code,notanything,ok.? :)
second.. there was one Carol track available from the beginning. this record is still available from Per Koro the label that release it, you can find a copy in Per Koro's mailorder,we dont post records still available directly from their label or from distros of well known labels, yes i would like to post it its a great record but i sorry,not now, when it is out of print. ok? until then,check Soulseek,DC or Per Koro (it worth enough)or some other blogs..
cheers

was all of the ACME material that u mentioned [i.e. "untitled ep (Machination Records,), a few tracks in compilations (No Desire To Continue Living(Farewell Records), "PLOT" (X-Mist/PLOT Records and "All The Presidents Men"( Old Glory Records)] on the "Reducing..." LP??? if not, is there any place to hear and/or get all their other material? ACME is seriously one of my tops bands ever and i've always been scouring to either find any other songs [that are not on reducing...] and or info as to why they split? i've have most of the morser and carol stuff, but have rarely seen/heard any sort of interviews with these guys and missed the only chance i had to see them live [as morser] when they played in philly, which was in like 98? with converge...

too many people sleep on ACME and i swear if there was ever a reunion ANYWHERE on this planet. i would make sure to fucking be there...

Anonymous said...
This comment has been removed by a blog administrator.
September 8, 2009 at 4:34 PM

it is fabulous to have some great and awesome blog! I was like geez! Can’t wait to share this blog site to my friends the contents are very informative and useful.
pebbles
www.joeydavila.net


Hi, just passing by to see something very interesting and gladly I've found it here. Thank you for your wonderful article it really helped me a lot. You can also visit my site if you have time.