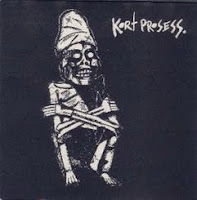 This is powerful hardcore from Norway and the st ep of Kort Prosess that was selfreleased in 1993. KP were from Horten, Norway, they were formed in early 90's and released two eponymous 7"s, the first in 1993, selfreleased, the second in 1994 on Heartfirst Records and the "Svart Natt" double 7" (1997, Heartfist Records).
i dont know much about them so make a comment in case you know something. Their first ep was re-released by Heart Fist as 7" (BEAT 023) and CDEP and its long out of print. The first issue came with a big hole in the center,a booklet and black inner sleeves, The Heart Fist version had slightly different color on cover, different inner sleeves and the standard center hole.
the first and second ep's were released together in a cd by Heart Fist, available here out of print too. Members of Kort Prosess went on in Hevn and TOAMOL
Tracklist
1.Intro
2.Sjakkmatt
3.Hjernedød
4.Livslogn
5.Politistat
6.Kort prosess
7.Prosjektet
8.Mental død
9.Velferdsstat 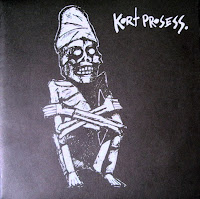 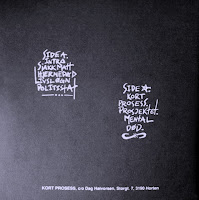 Kort Prosess is one of the great bands that norway produced - brutally unrelenting! awesome post, thanks!