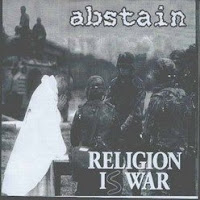 This is Nasum-Abstain-split ep, released in 1998 on Yellow Dog Records. Nasum were a long standing grindcore band from Sweden, formed in late '92 and broke up in late 2004 after Mieszko Talarczyk 's death in the Tsunami of 24-12-04. Their discography catalog is too long to be mentioned here,(check their website). Grind Finale double cd comp was their heir swan song on Relapse dedicated to Mieszko.Abstain were a grind/crust band from California, USA and their discography includes a demo,(1996) the Defy 3" mcd, the '99 US tour 7", the "World full of zombies" lp/cd and split ep's with Agathocles, Denak and Unholy Grave. They contributed tracks in several compilations , a discography cd released in 2003 on SOA Records (Italy) includes most of their recorded material. In "The black illusions/Religion is war" split, Nasum contribute eight short tracks of grinding brutality reminding slightly the early Napalm Death stuff. In-your-face grinding guitars, distorted screeching growls. Rhythms change from fast and chaotic to slower, the tracks were recorded in late 1996.

Abstain contribute three tracks of brutal grindcore filtered in the crust sound influenced by the european grind scene, with tuned down guitars, blistering riffs, dual vocals(deep growls and screeching screams) and blastbeating drums.
Both bands deal with sociopolitics, lyrics texts included for both bands
Tracklist:
Nasum side:
1. Silent sanguinary soil
2. Evacuate the earth
3. The black illusions
4. Disagree
5. No paradise for the damned
6. A change in your mind
7. Dreamland
8. Last
Abstain side:
1. Our true nature
2. Mediawhore
3. Terrorizer 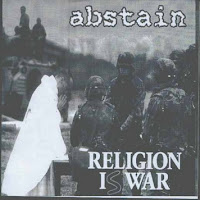 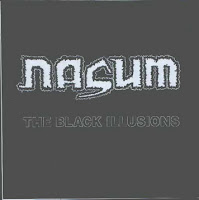 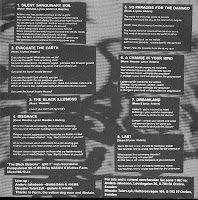 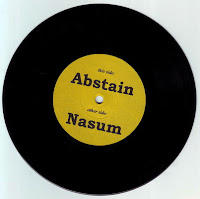 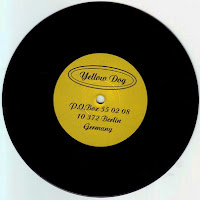 Oi, Brian from Abstain and I keep talking back and forth on doing an oldschool grind band together...talks are looking good, it's just time at this point.

I also did a shirt design for Abstain back in '97...they also had a demo.

Could you please upload some crust/grind bands that sound like disrupt or destroy... thnx!!!