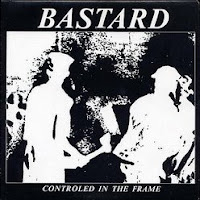 A great band from Japan (or maybe one of the greatest of the great) and one of the top Japanese punk bands of all time. Bastard formed in late 80's by former Gudon members and despite they came a little late and lost the wave that rose in early/mid 80's and delivered some great bands, they recorded equal or even better records. Despite the poor discography legacy, their real heritage is great: Their discography includes only one ep (Controlled in the frame), one lp (Wind of pain, each it appears on eBay it leaves emerald farts,to coin the guy from Lernea Mera blog who said so), a contribution in Triple cross counter tour 7" comp and in Go ahead make my day–Smashing Odds Ness 2, lp comp. There is also the "No hope in here" cd is a 16 track discography cd. Members went on in Judgment along with one Death Side former member.
"Controlled in the frame" was self-released in 1989 and its a piece of hardcore treasure. Hands down this is a diamond even without reaching the levels of Wind of Pain lp. There were two different sleeves, the standard/original had hard paper inner sleeve and the limited to 300 copies had poor photocopied sleeve), cover artwork is the same for both editions and lyrics were printed on the back cover. Vinyl's surface delivers six tracks of aggressive Japanese hardcore with a few metallic hints that can be found here and there, the lyrics are in English, singer's howls are great and the production is good. A classic ep... It was bootleged one time much later(2001). One thing is for sure:this band is not overrated in any case, they were just awesome and one of the best.
Tracklist:
1. Tragic insane
2. Spend your life
3. Defective chain
4. Moment of death
5. Cause of civilization
6. Slick plot 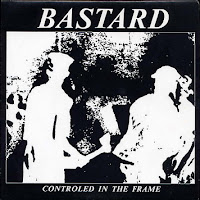 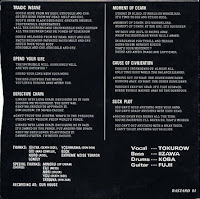 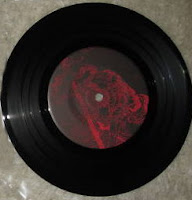 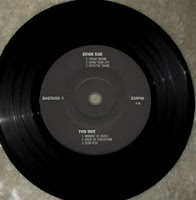 Great post! It's not quite the majesty of the 12" but far superior to anything else out of Japan!!

There was a bootleg that came out recently that has the Wind of Pain LP on one side and the Controlled in the Frame 7" + the track from Triple Cross Counter on the other side. Awesome stuff. I have no idea who put it out or where to get it, but you can probably check ebay if nothing else.