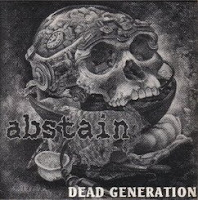 And now raging grindcore:Denak come from Spain, they are veterans existing since mid 90's, they have released a bunch of records especially split ep's (with bands such as Proyecto Terror,Excreted Alive, Cripple Bastards, Carcas Grinder, Dahmer, Haemorrhage, and others. They also have the Grindcore 10" and a 40 track Discography cd including the 10" and their tracks from splits w Cripple Bastards, Gored Face, and Hypotalasias, also some bonus tracks are included
Abstain from California, USA were active in late 90's having put out the 'World full of zombies' lp, a spit cd w Arsedestroyer, and some ep's icluding splits with Nasum, Agathocles and Unholy Grave
Both bands contribute three brutal tracks of old school grindcore with growling vocals, distorted guitars and blasting drums. This was split release on Dwie Strony Medalu Records and
Czarny Kot Records, 1998(not quite sure about the year though..). Abstain tracks included in their discogrpahy cd (SOA Records,Italy).
Thanks to Chris Crustcracker once again for the support
Abstain:
1. Self inflicted
2. The feeding
3. Senseless trip (Agathocles cover)
Denak:
1. sin titulo (no title)
2. Grita
3. Nunca cesan de dar vueltas 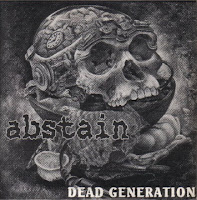 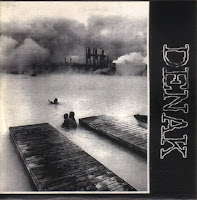 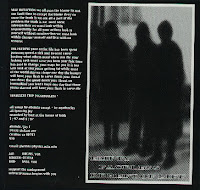 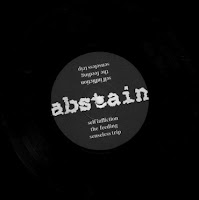 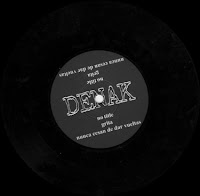 Hey dawg, Ken/Prank can suck a cock on the filesharing issue.

That's all I can say about it!

Personally, I think punk will only survive if presses are kept very low for the diehards...cuz EVERYONE can, will, and IS gonna download...EVERYBODY downloads...E-V-E-R-Y-B-O-D-Y. Ken's too paranoid of "moving units", an attitude that almost seems to say "well if I can't SELL 5,000 copies then doing a label is WORTHLESS!"

Actually, FUCK the labels...it's up to the BANDS to bitch if they care or not. Labels can suck elephant cocks out of it. They know the fucking risk so TOUGH SHIT.

Ken needs to open his window and see it's already the 21st century.

Hi Sean.
each side has a part of right but as honza said in the last comment there,this debate is irrelevant since we are so far down the road of file sharing & downloading and as you said everybody downloads, i see your point of view about the bands and you are right:members of bands have entered here and said they have no problem and gave some infos about some mistakes on tracks or whatever(Johny of Doom did so and Nik Napalm about a ND demo)or wrote a comment about how they like it to see their record here(Pawel of Filth of Mankind). on the other hand, Ken and everyone who runs a label has the right on his side especially when the record is fresh new.
and the debate will go on and on if we start talking about consumerism, vinyl's toxicity, Debor's texts about collecting or Bakunin texts about artists, and,and and..
and this whole discussion started just cos i forgot to mention Prank's link...

You should remember that the ultimate Bitcoin exchange service is YoBit.