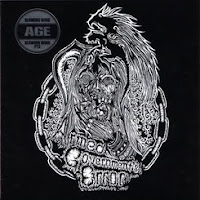 Metallic crust from with metallic heavy riffs, fast rhythms and influences from the UK crust lords of 80's (Amebix,Axegrinder,Antisect). AGE (Armed Government’s Error) was born from the ashes of Hakuchi, they have have released 2 cd's and several ep's ( "Inside darkness" ep, "Four wings" ep"The spider rules your emotions" ep and a split w Deride), they have also covered I.C.B.M and Fallen from Grace for the first Japanese tribute to Amebix. (edit May '11), in 2007 they released The Scar of Lead on Black Water Records, in 2008 the Born Out of Darkness split ep w Hellshock, in 2009 the split w Giuda from Italy (Agipunk) and recently the Survive 7" (Black Water Records)
Not much to say about the record: In "Blowing wind" AGE sound raw, thrashy, solid and heavy and dark bringing Amebix and Antisect hints in their metallic riffs similar to Effigy or Zoe, There is one track on each side named Blowing Wind pt I and II just like Antisect's Out from the void pt I & II and lyrics are printed on back cover. Nice piece of shit, it was released on Underground Walker Productions in 2001, check it on trade lists around the web. 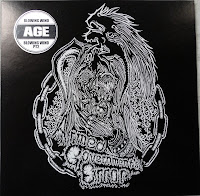 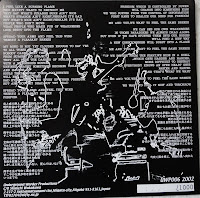 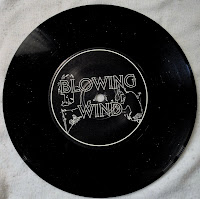 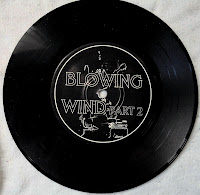 hi, i just wanted to say thanks for all this music. me and my friends are watching this blog all the time and downloading. dont think youre not being read. keep up! cheers

thanx! nice to hear this!