Effigy-Grinding Metal Massacre 7"(a.k.a. From Hell) 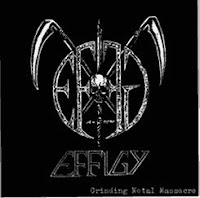 Effigy was the Japanese answer to the '80's metallic crust of UK. They started under the name C.O.S.A.(Cache of Strategic Arms) along with people from Reality Crisis, they broke up and members formed Effigy,their first release was Evil fragments in 1999 and the next year they released a split with Aparat. In 2002 the split w Havaistys came out. From Hell was their forth release, in 2003 on Crust War Records.
From hell is also known as Grinding Metal Massacre and delivers two tracks of Axegrinder/Amebix-ish metallic crust. These songs were supposed to be recorded for a split with Zoe (thats why both bands have a 7" called From Hell) but this never happened.
The next Effigy release was the 10" split w Hellshock their swan song was the"Apocalyptic Nightmare Continues" split tape with live recordings with Abigail, released in 2007 on Black Konflik Records,the band called it quits because of the many other activities of both guitarists, soon the remaining members (drummer & bassist) came back in action and formed a new band under the name Axeweild
tracks:
01:Stark moon
02:From hell (summer devil) 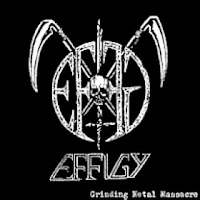 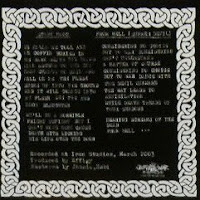 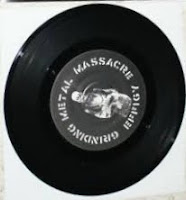 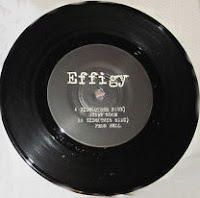 I bought this 7" years ago and haven't even listened to it yet, ha, ha. I have stacks and stacks of vinyl that I've never played once because I never have time and am never around my record player, ha. So this is the first time I've ever heard these songs. Thanks!

DUDE, I SAW THIS BAND ON THE ACSL NIGHT DVD AND GOT HOOKED !! THEY BLEND ALMOST TRADITIONAL THRASHCORE WITH CRUST, CRUNCHY GUITARS AND ALL, THEY ARE WAY ABOVE ALL THE OTHER JAP BANDS IMHO.

IT´d be great if someone could upload them since they are so hard-to-get. They´re a full-on twin flying V Gibson attack metal band I love ´em !!!!

Effigy's ORIGINAL name was C.O.S.A. and they broke up BEFORE forming Effigy. Effigy has now reformed and become AXEWIELD. They have released one song on a Compilation called "SHIKOKU" and will release a 7" in 2010 on the Dark Water Label. Recording begins in The fall......

thanks for correcting me snakedance, i edited the post,i know Shikoku comp but i didn't know about Axeweild, thanks again, cheers

sure! Let me know if I can help you out in any way. I have lived here in Japan for a decade and am good friends with the Effigy guys. All the best! This site is amazing by the way. Thanks for educating people about all the amazing hard to find music out there!

thanks for your good words snakedance .i will comment in your blog in case of searching for something. i ve been looking for Apocalyptic Nightmare Continues, Effigy's last release (split tape with Abigail) but there is no trace of it on the web, if you could help with this it would be great.
thanks again for your good will and hope to see something great from Axeweild
cheers

Sure thing! I have that tape. How can I help? Please let me know. It is a FANTASTIC release. Sound quality is pretty good and it is like EFFIGY on crack, Vocals are super aggressive compared to original versions of the songs. Also, AXEWIELD does have one song out on the newest SHIKOKU (死国 2009) compilation called "Mince on the Pavement"

most of Effigy releases are floating on the web but this tape is disappeared, if you could rip it in mp3 and upload it somewhere it would be great.
i know Shikoku, its a nice comp. with some cool bans: Aggression, Akka etc, Axewield's track is nice and not far from Effigy's material.
thanks anyway
cheers
Billy