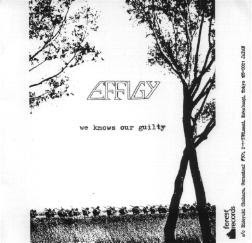 Effigy vs Aparat and metallic crust vs blasting hardcore attack. Another piece of brutal shit coming from Japan: "We knows our guilty/Lana on loppumassa"-split 7'' was released by Forest Records in 2000, on Effigy's side "We knows our guilty" appears as title while on Aparat side there is no any title.
Effigy are the crusties from Takamatsu-City and here they contribute two tracks of their familiar metallic crust reflecting the influences of 80's UK crust blending Amebix, Axegrinder and the likes in fast/midpaced tempos, metal edged riffs, harsh vocals, nice basslines and metallic heaviness.
Aparat is a band i know absolute nothing. There was a band named Aparat from Finland but its another band. The Aparat here sing in Finnish but they are not from Finland,they are Japanese and contribute five tracks of aggressive hardcore . Anyway, if i messed it about them, please make a comment to set things right..
Effigy sound heavy in the vein of typical metallic crust while Aparat's sound is raw hardcore in the vein of Disclose, choose the side you want, both sound great
And here some more Effigy: searching back the 7inchcrust pages you will find the split with Halvaistys and "From Hell" 7"(a.k.a. "Grinding Metal Massacre"), then there is Slobo's Only-in-it-for-the-music and the 10" split w Hellshock and the "Evil fragments" 12" ep. And finally you can dowload Effigy's video from "All crusties spending loud night 2002" dvd HERE (32 Mb, .avi, 5:35")
Tracklist:
Effigy side
1: Mortal war
2: Hanged tree
Aparat
1: Marknaden av hat
2: Protest
3: Lama on loppumassa
4: Propagandaan
5: Pelastusta 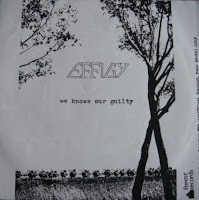 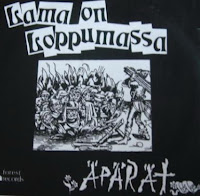 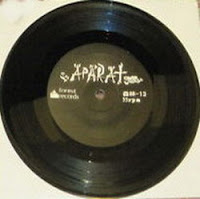 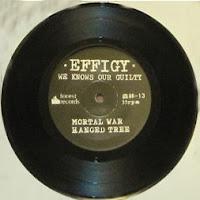 HEY BRO I WOULD LIKE TO POST OUR BLOG ADRESS ON YOUR PAGE. WE USE TO VISIT IT SEVERAL TIMES EVERY WEEK. TAKE CARE AND HAVE FUN

THE BLOG ADRESS IS:
WWW.GANJACOREBLOG.BLOGSPOT.COM

tanks for the link!!

Aparat had a demo from 1998 and three
tracks in Chaos and Destruction III triple LP comp from 1997,Only-in-it-for-the-music has this here

everything so far said...

hi i watch your blog a lot of time now and it gives me alot of joy to find missing and rare records.im not a ripper i support d.i.y scene were ever i can find.i made a blog to share some of the music i love,mostly political.for sure i respect any lebel or band that dont wants to be uploaded any of their stuff.be well and keep it up.
my blog is:
www.anti-commerce.blogspot.com