Dead Ideas-Welcome to the abyss 7" 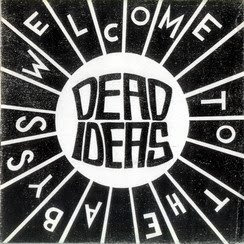 Dead Ideas were a hardcore band from (ex)Yugoslavia, they were formed in 1991 and at that time they were the only band with female vocals, they were the first d.i.y. band that gained some bigger attention and made media and public turn their eyes on this thing called punk
After "Welcome to the abyss" (their first release) they recorded eight tracks but never put it out due to band's and whole scene's financial problems and war in Yugoslavia, in 1993 they recorded and self-released the "Where to?" tape that was re-released by Silver Cross Records with bonus tracks(including "Wrong", a track they recorded sponsored by Independent Radio B-92).
In winter of 1995 the four track "Rejection" ep was released by Silver Cross. Apart from these releases they contributed tracks in several compilations:"Women against the war" (AWA foundation "Simplon", Groningen, Holland),"Tito never again"(NTTBW Rec, Yugoslavia),"It's up to you" (Resume tapes, Yugoslavia),"No border compilation" (Distorzija, Croatia), "Independent vibrations" (1000+1 Tilt, Greece), "Sretna mladost" (Ill in the head, Croatia), "We miss peace" (Peace child, Yugoslavia), "Zasto?" (Fecal forces, Croatia), "Witness of the 1st. discussion" (Silver Cross Rec, Yugoslavia) etc
DI played in several anti-war fests in Yugoslavia and Italy(Rovigo, July 1994.), they also toured in Slovenia and Greece. Members of DI later went on with Eyesburn,
"Welcome to the abbys" 7" was released by Start Today Records in 1992, only 300 copies were made and was sold out in very short time. Its consists the first DI recordings, four tracks of old school hardcore and vocals reminding of Vickie Bondage and Harum Scarum. In their later releases DI approached the fields of metalcore but here they are in old classic pathways. I want to apologize for the shitty quality of ripping, 192 kbps but full of parasitas though, this is the problem that keeps Whisp away from posting.Anyway, i hope you don't mind that,this is a rare and obscure piece of vinyl recorded during hard times world widely known
Tracklist:
1: Abyss
2: Murder
3: Paranoia
4: Death in fog 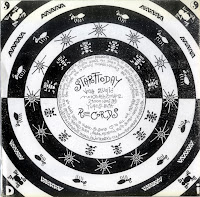 I was in close contact with their singer through wartime (Im from croatia), liked their music very much, and rejection 12" have some really classic moments..cheers.

Axegrinder has to put his
nose everywhere:))))

this is a true gem