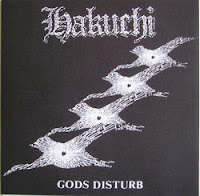 This is Hakuchi's second ep, released on Overthrow Records in 1993 .
Hakuchi come from Japan, they were formed in early 90's and were a pre-AGE band, so you know what you gonna get here: Crusty hardcore with some metal elements here and there, powerful riffs in mid paced tempos and harsh vocals. An insert with lyrics texts was included and a sticker as well. Their discography includes as far as i know 3 demos, 2 ep's (Fall a sacrifice to delightness 7" and God's disturb) and one track in the Niigata City Hardcore 7" comp. (w Disarm, Frequent and Rustic Top Dogs). The vinyl recorded material plus the 3rd demo appear in the Disclose/Hakuchi split lp( Love & Hope, 1998)


Tracklist:
1. Disturb
2. World in a mess
3. The tragedy to be expected 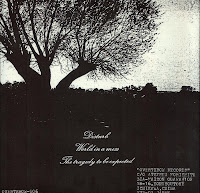 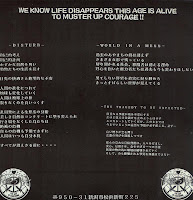 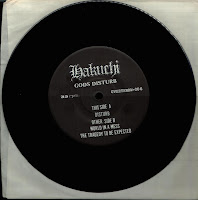 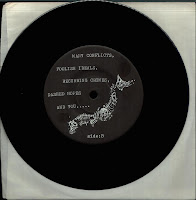 Thanks for this, never heard it before. That said, wasn't superimpressed tho' world in a mess kind of swings a little bit. Keep up the good work!

Hakuchi actually had 3 demos, not just one. The 3rd demo appears on the split LP with Disclose alongside this 7" and the Niigata City HC comp track.

thanks zach, i just edited it..