Nausea was born the in late '80's the days the NY scene blossomed and many great bands appeared, these dudes lived the days of Tompkins Square Riots and Squat or Rot gigs of Ralphy Boy (Jesus Chrust, Dissassociate), they toured in Europe and the States and released some records that are classic: Extinction lp(1990, Profane Existence), Cybergod 7" and Lie Circle 7"('93,Graven Image Records), they appeared also in compilations of Maximum Rock and Roll, Allied, and Vermiform. When Neil, founding member and vocalist walked away to form Jesus Chrust, Al Ternative of Misery joined the band.
All these interesting stories and other details can be found here. Cybergod was one of the following posts to Smash Divisions back in spring of '07 and here it is again with all the goods. It delivers two heavy tracks and comes with an insert including the (anti-religious) lyrics. According to Flex! Discog of US Punk & HC "first pressing on black vinyl, second on red, lyric sheets are different, also the second sleeve is printed lighter so the drawing comes out much better. Some sleeves on dull paper, some on high gloss paper", there is also a repress of blue vinyl.
This was released by Allied Recordings, a San Francisco based label that released also records of Neurosis, Antischism and others.
Tracks:
01:Cybergod
02:Body of Christ 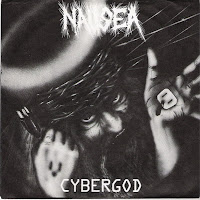 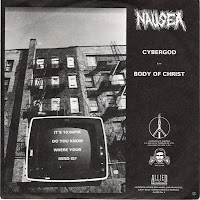 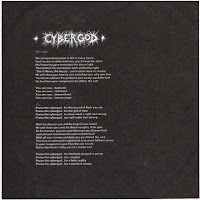 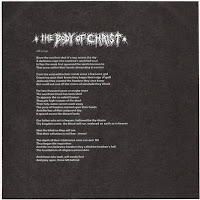 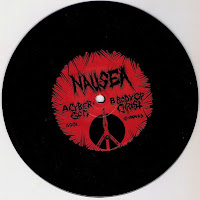 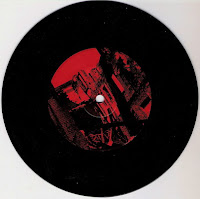 Ganja said in one word and he is correct;this is a masterpiece

When I think of Nausea this record comes to my mind first. Brilliant piece of music.
Also, about the last post, Smash Divisions cover was one of my favorite record covers ever.

yeah this is a great record but Lie cycle is excellent too. i had luck on my side and bought Extinction for only a few euros some years ago lol lol

Parazapper may be effective for nausea disease prevention
January to March is called tourism season. In this time more tourist are visit Asian subcontinent region. Especially Thailand, Malaysia, and Indonesia are famous for tourism places. Since this region is tropical and there water is not so good, that's why when outer tourists come here there is probability of nausea affliction.

Some symptoms of this disease are:
• Feeling sickness and vomiting.
• Excessive heartbeat and salivation.
• Headache.
• Gastroenteritis.

How can we prevent nausea:

Since this disease affection reason is mainly food and water related, everybody should need to take pure, clean food and water.
While a Zapper such as Parazapper can provide fresh water within few minutes by killing many infectious microbes, it is not intended for that purpose. However, since this device can kill many microbes in a short time, users may find benefit in this easy to use portable device. Some resorts and spas will try to keep one of these on hand for customers in need to use but having your own may be better. If there is a long waiting line, you will be happy that you have your own.

For those who want to know about this device and purchase it then seeing the links below will really be helpful.

See: http://paradevices.com as that site has over 100 pages of related topics and also sells a book that can be very helpful.

May Johnson: what are you on? (so I can never take it!)