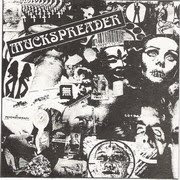 I was wondering what could be the next post and last night i saw Malisha's wantlist and i remembered of Muckspreader's 7" that was forgotten somewhere in my room. Though, a bad luck stroke and i had to rip the side B three times since the wav's of first rip was accidentally deleted while the second rip was canceled during the process, then MP3 Surgeon decided to shut down without my command and finally my pc had a crash,what the fuck is going on here?
Anyway, there came the moment and all problems were solved so here it is for you: I know less than a few about the band: Muckspreader were from UK and was the band of Spider of Amebix, in mid-late '90's. They released this 7" and a 10" and thats all i know about them..unfortunately there are not any infos on the cover and by the time Muckspreader were around, lady Crust had already started wandering around so there's no space for much surrealism...and Whispy's not here to improvise another chapter of her lifetime
The ep was released by Anonymous Records, a label with some great releases including Scatha/Dagda-split 7", Scatha-Fuck the system 7" and Disaffect-Home of the slave 7")
The year the record came out must be 1997 or so. There are three tracks here that last 14:30". Music wise this is heavy,mid-paced and psychotic British crust of 9o's that echoes some distant cries from the '80's UK metallic crust. It comes in a simple gate fold cover and lyrics are not included. 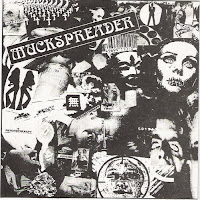 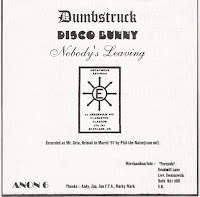 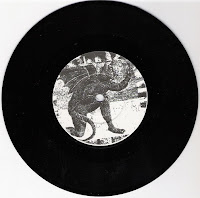 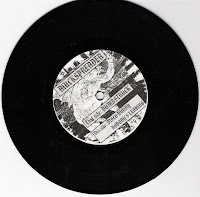 Thank you so much!
I was looking for this for around a decade. Gonna jump on downloading right away.
Thanks again.

Wow, I was looking for good rips of this and was about to post the 10"... your psychic powers are much apreciated over here!

Thanks for this! I should also get back to posting, but at this time of the year I'm more worried about getting back to having over one hour of free time per day. I might even try to keep up writing the bio of Lady Crust post per post, haha!

Thanks for the post!
Good ol' UK crust! hehe

Hey guys, nothing to add about this record, but I figured I'd let you know that Statecontrol is back - in case you haven't seen already. Thanks for the support!

thanks for the comment people.
looks like Malisha is going to get both Muckspreader records.
Wisp take your time, i have some more
7" to put here so i can manage it for a while..
Buck welcome back in action :)

Thanx a ton for this one Billy, Batguano sent me over here to give that a spin. Also you stopped my my humble home and I just wanted to say to you personally that I appreciate that. When other bloggers I respect take the time tell me what's up I feel good about what I'm doing. Thanx for that and again for this, so on with the Muckspreader.

Part two would be cool Whispy.

Thanks for posting this.

Great news, thanks, I saw Muckspreader in Birmingham in 97 or so and remember them being heavy and weird. At the time I didn't know there was an Amebix connection, will dload this when home and throw myself around the room.