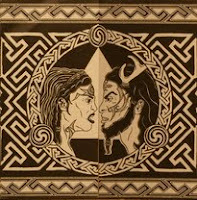 There is one bad thing here: There is only one track for each band! Wish there were more tracks!
This is an excellent 7" released by a co-operation of three labels:Panoptic Vision, Anonymous Records and Crime Scene. Scatha were from Aberdeenshire, Scotland and included former members of Sedition, Dissafect and Stretcheads, their discography is "Respect, Protect, Reconnect"(1995) and 'Birth Life and Death,(1997) lp's and Fuck the System 7" in 1996, there are also the posthumous 'Before the last settles' with demo and rehearsal recordings and "After the Dust Settles" discography cd on MCR Company
Dagda were from North Ireland and included former members of My Name Is Satan, Pink Turds in Space, Jobbykrust, and Bleeding Rectum. Blind Kings 7" and Threefold (2003) and An Endless Betrayal (2004) lp's are their complete discography.
Scatha deliver a dark and gloomy heavy midpaced crust track with gruff vocals while Dagda offer a modern crust song in the vein of His Hero is Gone. The record come in a threefold folder and the cover artwork is based on Celtic mythology, actually both band names are connected with mythology: Dagda was a god of earth and treaties in Irish mythology (see more here) and Scatha was another Celtic goddess (more here)
Tracks:
Scatha :
01:Rant
Dagda:
01:And so i rise 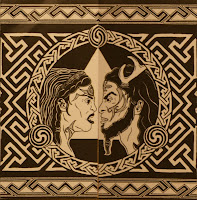 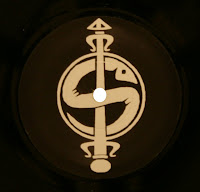 Cool split. I had read a lot about these bands years ago, but I don't think I ever got to hear either one until now.

love your blog man!!! lot's of good stuff i've found 'ere :)
i want to ask you for a favor.. do you by any chance have a bigger resolution scan of front cover image of this split??

Hi vrugitz.
Whisp was supposed to buy this from profane existence auction in summer '08 but he lost the chance since someone else got the bid. anyway, here is a photo of ep (vinyl and open folder)not too big res though..
http://img62.imageshack.us/img62/4083/scathdagd.jpg

Sadly true! I have it myself, though, so I'll scan it in & post the covers here. Do check again in a couple of weeks &, if I haven't gotten to it, leave another comment to remind me :)!

you are dead!!! you are fucking dead!! you have a treasure like this and keep it for your self! this is selfish and a crime against crust community! lol lol
i don't remember you telling you have a copy, this is great news though, artwork of this is great

just posted a new ep, back in action again..

I found the copy recently in my "collection" - I didn't remember having it, I don't know where I got it, I am ready to be convinced it was planted in my house by punk goblins for reasons known to them only. So, yes, I'll be scanning this in! (I'll also draft a first version of the punk goblin stuff for my Xmas post, heh!)