Destroy-Burn This racist System Down 7" 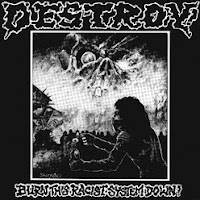 Extreme brutal crust with grind elements, growling vocals, political lyrics, bashing drums. A classic 7" released in 1992 on Havoc Records, included in the Necropolis cd (Sound Pollution, 1994, Havoc Records,2002). From the beginning to the end the record is a merciless grinding crust assault that lasts for about 11:30". Destroy was formed in 1988 and i think Burn this racist system down is if not the best then one of the top recordings: 13 tracks of brutal and mercyless noisy grinding crust. After Destroy broke up, Mitch played drums in Murderers and Code 13, Felix sang in Code 13 and Damage Deposit. Nate plays guitar in Brainoil, Stormcrow and bass in Nigel Pepper Cock. Mark W. played in Disembodied and Look Back and Laugh.The release of "Burn this.." was the reason for Felix to found Havoc Records
In 1999 a red vinyl version of Burn.. saw the light of day. Havoc keeps this still in print so is available and despite the fact Felix is not against downloading (in an interview in Mountza zine (Greece) he told so and mentioned Skitsystem for having their back catalog for free downloading in their site and they still sell copies) we will not post the mp3 here, sorry guys..
Myspace fan page 1
Myspace fan page 2
tracklist:
1. Banality of evil
2. Get used to it
3. Genocide
4. Ode to ramen
5. Burn this racist system down
6. Atomic myopia
7. Anthem
8. Ad nausem
9. Fuck you, i m punk
10. Crowd control
11. Enforced orthodoxy
12. Prey in school
13. Lethal habbits 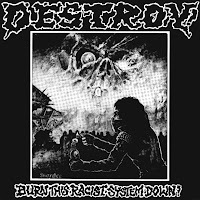 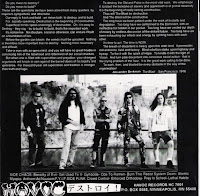 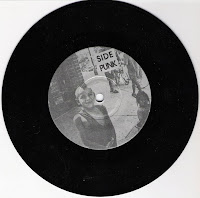 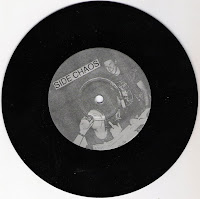 Ahh thank you so much! I have it on vinyl, but I've been looking for mp3s of it forever.

Thanks for the non-RapidShit links too.