Another great 7" with two acts having tons of ex-members in their ranks: This split was released back in 2003 on Distort Reality Records, it includes an insert with lyrics and delivers six track of powerful hardcore/crustcore. People who were involved with Disrupt, State of Fear, Whorehouse of Representatives, Shitlist, and Decrepit got together and formed Consume. Their sound is a little bit close to State of Fear: Fast scandinavian crust from one of the best bands that came out from Seattle. They released some more great ep's: split w Hellshock in 2003 on Black Water, Forked tongue 7"(2003,Dissonant Sound Industries) and Who's The Real Monster?(2003,Sin Fronteras). A split lp with Born//Dead on Yellow Dog came out in 2004 and was their final release. Insane Society released a Discography cd
Resolve (not any relation with this band from St Louis) were from Minneapolis,they had ex members from bands such as State of Fear, Hail of Rage, Detestation, Scorned, Servitude and others and they were another band that Saira Huff was involved. I don't know if they had any other release, the Scandinavian crusty hardcore guitar influences and Saira 's vocals remind a lot of Detestation stuff
Tracklist:
Consume side:
01. Behind The Curtain
02. The Screams Of Dying Cowboys (Redneck Olympics)
03. Products Of Ignorance
Resolve side:
04. It's All Shit
05. Your Way
06. Crazy 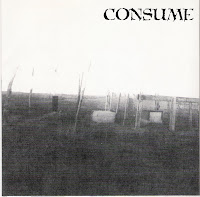 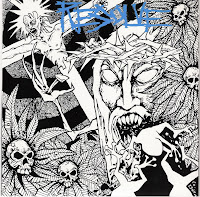 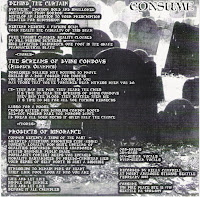 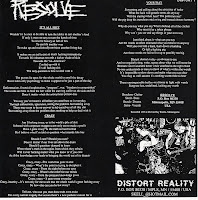 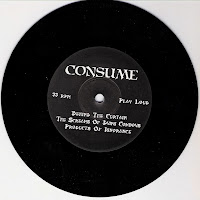 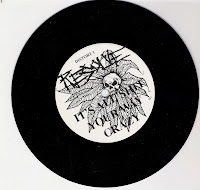