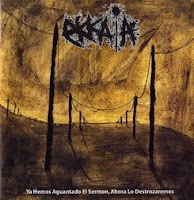 The complete enire title is Ya hemos aquantado el sermon ahora lo destrozaremo...
I will keep it short since Ekkaia were widely known and more or less you know about them: They formed in 1999 in A Coruña, Spain and were connected with bands such as Cop on Fire, Mass Mierda, Use of Abuse, Icon, Black Panda and others, when they disbanded members went on with Leadershit. They started under the name Icon, they recorded a demo and changed their name to Ekkaia. Their discography includes some blasting ep's and lp's: a split w Unsane Crisis, (2001,La Idea), ', 'Manos que estrechan planes de muerte y sometimiento' lp (2002, La Idea), 'Cuantas mas moriremos hasta que esten satisfechas 7'' (2003, Cruda Realidad/La Idea/Muchacho/Chaos Rec.s'Demasiado Tarde Para Pedir Perdon' lp (2004, Stonhenge/Tofu Guerilla/Cruda Realidad/Alerta Antifascista), 'Sombras Del Progreso' cd (2006,Estajanovismo) is the final Ekkaia release, a 25 track discography compilation.
Ya Hemos delivers three tracks that are closer to Demasiado tarde.. lp and that means there's a plenty of Tragedy influences. This was released by Stonehenge Records in 2004 and 1000 copies were pressed 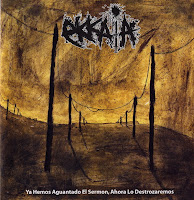 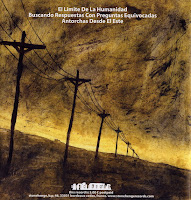 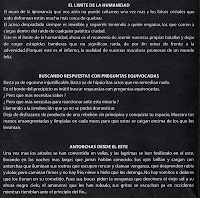 You mean they sound Tragedy-er, instead of heavier... I wish euro-bands stopped nicking Tragedy all over the place, it's getting to the point where Active Minds will have to put out a new record titled 'Tis is Getting Pathetic', haha! The first Ekkaia record is some of the best music released last decade, though... Good job dude!

Yes i know what you mean, This is Getting Tragedic but Demasiado tarde.. its still a good record even if its so Tragedy-like.