State of Fear-Wallow in squalor 7" 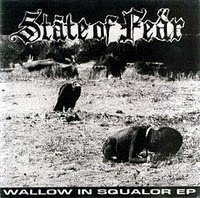 State of in this 7" included members of Disrupt, Deformed Conscience, Human Greed and Sasqautch. Scandinavian d-beat crust, fast chords, fast tempos, harshly vocals and political lyrics about animal rights, homophobia, the media, consumerism etc. They recorded 2 7"'s and one full lengh in 1994-96. Wallow in squalor is their second 7" released on Profane Existance in 1996. 5.800 copies made in several pressings and is included on the Discography CD/LP (Profane Existance 2004), Members of band formed Consume.
see a review here 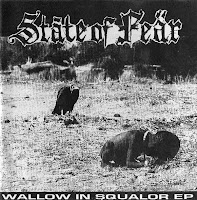 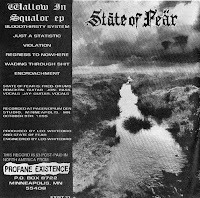 Thanks a lot for posting this... I've been trying to get the entire SoF discography for a pretty long time now. Now I'm only missing like 3 songs from the Shroud 7". If you have it, i'm sure that there'd be a lot of people who'd love to get ahold of it... myself included!

Thanx for posting, Shroud will be posted in few days,