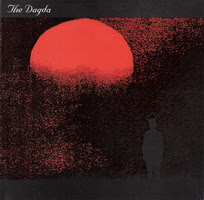 This is how the story goes:Winter of 2004 and Dagda were on tour visiting a city near my hometown,it was the second time coming here, it was (my last) chance to see them,about a year later these Belfast crusties were history, the first time they played here i was busy and i couldn't get there. So i traveled 300 miles and got there a few hours before the gig starts, i met some old friends,we went to this bar and started drinking more and more telling stories about the old days, i got drunk as fuck and i came late to the squat expecting to have already missed a part of Dagda's performance. But luck was on my side, the live had started later than the usual time and some local crusties were one stage playing their last song tearing the place down. I ve been lucky at all, i got another drink and after a while Dagda got on the stage and set the place on fire: Great band, awesome musicians and very nice people. great performance and the crowd went crazy, the vocalist left the stage two or three times and danced among the crowd who carried him on their hands, after an hour of mayhem they finished their show but the audience was still hungry for their crust so they came back for the encore...
One of thegreatest bands i have ever seen,one of the best gigs i have ever been..

Dagda was the supreme god in Celtic mythology and literally translates into the “good god”. "Blind kings" was one of the first posts, back in spring '07,(old link is deleted, the Div incident), here it is again with full scans. Iit was released in 2000 on Funai Records, it long out of print, if you are lucky enough you will find a dusty copy hidden in a distro. Dagda's members were previously in My Name Is Satan, Pink Turds in Space, Jobbykrust, and Bleeding Rectum.
Tracklist:
1. Blind kings
2. Children Mary
3. Inheritance of the rats
4. Helix 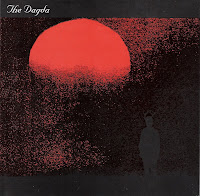 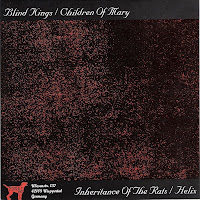 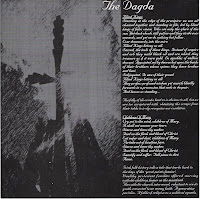 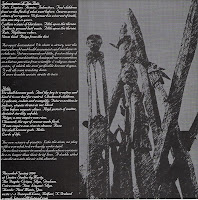 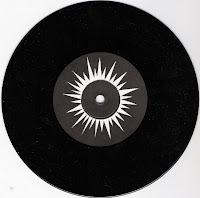 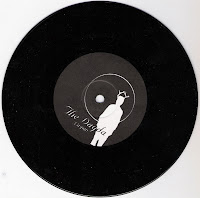 A truly great band. They never made it to The States, but from your description... I feel like I was there, in the audience. The Pope posted their s/t LP which is awesome too! I'm not sure if the link is still active...

Arghhh! I'm still foaming about not having seen Dagda! You know fully well I even considered coming to Thessaloniki just for the show (just like when the Zounds played... haven't seen them either...), but I still find covering thousands of miles to see a band a wee bit pretentious - unless you do it on some environmentally friendly way :).

On other news, the preamp saga continues - I tried for the n-th time to rip the next 7" I wanna post & I get noise. Sucks; no contributions from me for the foreseeable future...

Oh yeah, I forgot: the band Dagda played with was 925 eh!

there were two bands from Athens, 925 was the second band to play and Dagda the last band, i missed the first band (i don't remember who were they..)
About 20 punks from my hometown traveled for the gig,yeap,a great night ;)

if i can remember!the other band was into the gore(i think it was their last show before their singer/guitarist found dead)and i remember for sure that i was one of the barmen at the diy squat bar until middle show of the dagda where i went in front of stage and having some fun!

too drunk to remember who was the barman, hahahahha :)
i can't remember the first band.. a gore grind band? and dead vocalist? Chris, who were they?
i can't remember a shit..i have a flash light about Censored Sound but they are sXe...all i remember is that band's name was familiar to me

Zounds were cool when played there but this place was not enough for so many people who had to stand outside the squat while rain was falling. too crowded show, even dead punks came out from the graves and got there, some shitty chaos punks started a riot and the gig was on tv news. if i remember correct Zounds recorded their show

hey billy! are you still drunk? hahaha!(into the gore)the grind core band,you didn't know what will gonna happened at the zounds gig?! you did not saw the poster of the gig?also if you remember the zounds drummer was stick of Doom

no drunk, i just got a hangover :)
i thought you said about a band that was into the gore (grind) and not Into the Gore...
For Zounds gig its the same story as Dagda's: I traveled and get there a few hours before the live begins, i don't remember any poster but Grover/Ektos Elegxou played that night, the weather was shitty, cold and rain outside and too many people inside the squat, i could see only Steve on stage because of the crowd in front of me.

this is awesome. thank you

Anonymous said...
This comment has been removed by a blog administrator.
September 5, 2009 at 8:55 PM

Anonymous said...
This comment has been removed by a blog administrator.
September 8, 2009 at 4:32 PM