Force Fed-Full up and loaded 7" 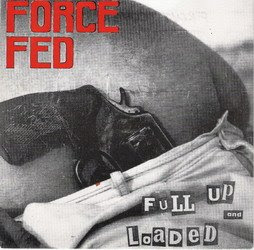 We ll dive back into 80's for a rarity coming in blue vinyl:Force Fed were from Nottingham England, including Kalv from Heresy and were active in late '80's-early '90's, they released two lp's ('Claustrophobia' and 'Elounda sleeps') and two ep's ('Full up and loaded' and 'Fast forward/Big dig').
'Full up and loaded' delivers two tracks of hardcore with metal / crossover edge, it was released in 1989 by Limited Edition Records from Bremen Germany, 500 copies of blue vinyl were pressed but according to this collection there was a version of pink vinyl.
Blurb will be short, story of lady Crust left nothing else to say and i don't know anything else about these guys, if you know anyshit just drop a line and fill the blank pages
(Link of 'Elounda sleeps was floating on the web), Karl kindly offered scans of purple version vinyl (thanks dude, you are cool! now only the pink one is missing) that "looks as though it could be a mixture of left over vinyl, I can see traces of blue, purple, pink and black.). 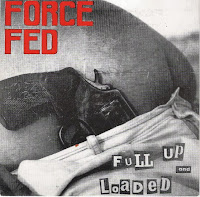 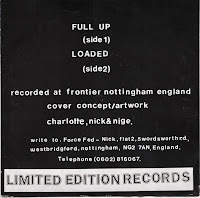 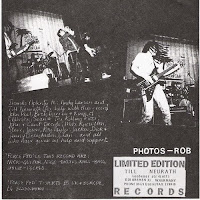 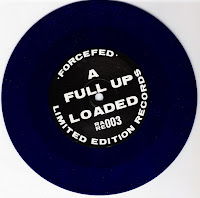 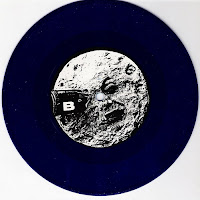 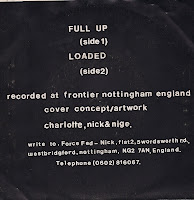 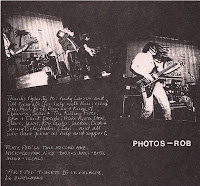 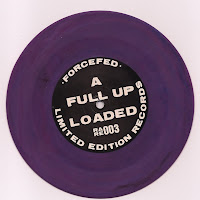 Hey man, just posting to say thanks for continuing your blog and giving everyone lots of good music. I posted one last post on Corrupted/Black Army Jacket 7", and I'm going to delete both of my blogs in a week or two. It'd be a good idea to take "sabots & songs" and "a way to equality" off your list, since they'll just be dead links pretty soon. In any case, thanks, and keep up the great work!

Hi Toxik, thanks for the comment,you are the usual suspect for '80's records :)

my copy is on pink wax.

I have this on blue vinyl, also have the two 12" ones as well. Great record, great blog, thanks once again.

I have a copy of this on purple vinyl, the plot thickens. It looks like the Limited edtion press, but the insert doesn't have the Ltd Edition sticker and the reverse of the sleeve has no mention of Limited Edition Records on the bottom of the sleeve. I can send you scans if you wish. Great little blog.

Hi Karl.
it would be nice if you could scan and send this version, thanks, i appreciate it and thanks for your kind words
cheers
Billy

Hi Billy, here are the scans as promised. Interesting stuff from a collectors point of view. Having looked at the pressing in detail, it looks as though it could be a mixture of left over vinyl, I can see traces of blue, purple, pink and black. The black could be that they didn't clean the plates after pressing. The three scans are of the reverse, inner and the vinyl. I've left them at full size in my photobucket for you.

Here are the scans of the purple edition.

awesome! this is great! thanks Karl, i really appreciate it :)

Anonymous said...
This comment has been removed by a blog administrator.
November 5, 2009 at 8:38 AM

Hi I was the drummer in Force Fed! Anything more you need to know, be glad to help.
Thought that 'full up' was the best song we did and a sod to play!

hey Nigel,thanks for the comment and i apologize for the delay to reply,

hi, this is a nice blog that you have, most of the crust punk bands donwloads that i have are from here.

im posting you the very first EP from my Crustcore/D-Beat band ''Juventud Podrida''
we are from panama,central america, and it would be awesome if you could post our music in your blog.
http://www.mediafire.com/?7gethqsd9s7dghu

hi Josh,thanks for sending your ep,i would be glad to post it in Crust Demos soon (7inchcrust blog is defunct),if you have any further information about your band that should be mentioned just write some lines here
cheers!
B.