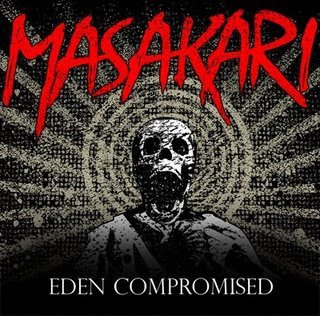 Tony of Masakari kindly offered their new 7" and asked if we could post it. Posting it is the less we can do since this is a nice release and worth to spin on your turntable
Masakari is a five piece crust act and they hail from Cleveland, Ohio and share members with Elegy to the Fall, Hellkite and Rid the World. Their name is a japanese word, it means the battle-axe used by some warrior-monks called Yamabushi.
"Eden Compromised" is their debut release, it delivers four tracks of crust in the vein of From Ashes Rise, Tragedy and His Hero is Gone with heavy thick guitars and emotional riffs and melodies here and there,fast rhythm section with excellent drums and rough vocals. Sound quality is excellent, sometimes they sound more into HHIG/FAR stuff, then at some moments a kang feeling rises coming straight from Sweden and some traces of japcore appear in the glimpse of the eye(catch of the ear).
This was released by Halo of Flies, 500 copies are made, (450 on black vinyl and 50 on gold with hand painted logo on cover), a tape version is going to come out by As Good As Dead.Artwork was made by Kenntwofour.
As conclusion: This is a nice release and worth to buy,not something completely new since this path was walked before by many Tragedy,FAR etc worshipers but a nice approach on this crust/HC sub-genre with a unique feeling and identity.
Masakari are going to tour in East Coast/Midwest this summer and there are plans for two upcoming split ep's 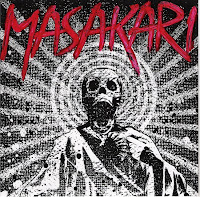 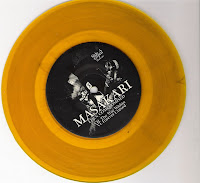 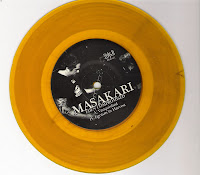 this record rules , i ordered this yesterday from halo of flies,very cool distro

nice stuff tanks. can you put my blog link on your blog web, a have your link on my site. tanks.

welcome to blogosphere splatter2, you link is on linklist

Bro your blog is amazing, thanks for posting all this awesome stuff!

If you would be so kind, maybe you'd link my friend and I's blog, we have you linked already. RESPECT

you are added too.welcome to our trip :)

i've seen this band many times. they are one of the best live bands you could ever see. missing them on tour this summer would be a huge mistake. this record rules, and live they really do the songs justice. i heard they're pretty good guys too (never met).

Ben of the grave said...

i found a trojan in the file.

a trojan? this sounds weird.anyway this is not my rip,link was provided by the band