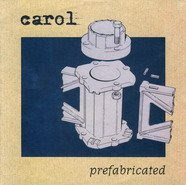 We ll be back in Germany for a short trip in Bremen scene and i hope you don't get bored after so many records in the row coming from the same country : Each record was great and completely different to the next one...
This time i ll keep it short,i am tired to death(and a bit drunk) and i wish Whispy was here to rant for an eternity, furthermore if there is something ican say, this is been told in previous Carol posts : Some of you maybe remember the Acme post about a year ago, "Prefabricated" was still in print and available from Per Koro so was there one track as a sample of similarities of Acme-Carol. Now Per Koro seems to run out of this, so here it is sweethearts!
Carol were another legendary band of Bremen scene and members were involved with bands such as Systral(link active again) and Morser, their discography was two ep's: A split w Stack and "Prefabricated, they also appeared in "Cry now,cry later vol 4"
"Prefabricated" was produced by (who else?) Dirk Kusche and released in 1995 by Per Koro, it came out in a fold out sleeve with lyrics and delivers three tracks of emotional screamo crust in the vein of Shikari and Acme with stops and goes, thick guitars with emotional riffs and a singer willing to destroy his lungs screaming again and again until he start to bleed.
Per Koro ran out of this, Heart Fist has some copies though and if you are lucky you may find a dusty copy, forgotten in a corner in a distro around the globe 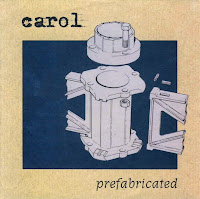 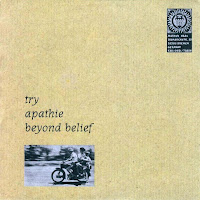 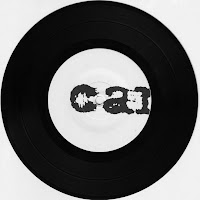 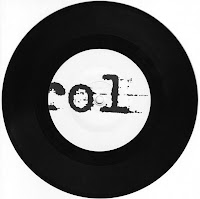 Whispy! Just saw your comment on Eclectic Rhythm "The Return Of Yugoslavia" post and sorry, but I was never into Strelnikoff and don't think I have anything by them except for this comp. but it seems that they've been on quite a few comps. Here you have their bio google translated from slovenian: http://translate.google.com/translate?u=http%3A%2F%2Fwww.strelnikoff.org%2Fbiografija.php&hl=en&ie=UTF-8&sl=sl&tl=en
Hope this helps a bit. Cheers

I bought a few weeks ago this EP for 2,20 € at the Fischkopp vinylstore in Hamburg.
Nice record and also a nice blogspot, you have.