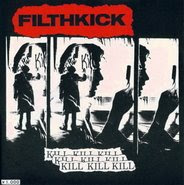 Another old and forgotten split released in 1991 with two bands, one from UK and one from Japan sharing the vinyl. Thanks to Chris Crustcracker who kindly contributed this..
Filthkick formed in late 80's in UK and included Leggo (Deviatd Instinct) Pete (Doom),Clive Meldrum(Police Bastard) and Jim Whitely (Napalm Death, Ripcord) in their ranks, they are known mostly because of their split w Extreme Noise Terror, Batguano of Fugitive Equilibrium posted the amazing "Hand crushed heart" 7" ,these releases plus some contributions in compilations float on the web and seem to be their discography. make a comment in case you know anything.
Rise From The Dead formed in 1989 and they were connected with S.O.B. bassist and vocalist Naoto left SOB in 1989 and joined R.F.T.D. In mid 90's and when Naoto returned to S.O.B. after Tottsuan's suicide, R.F.T.D, ceased all activities...check their site for their discography, Amargado De La Vida posted their flexi 7",
This split (a.k.a. Kill kill kill/Psycho smash) came out in 1991 on MCR Company, each band delivers two tracks of ripping hardcore. Lyrics included but Rise From The Dead's stuff is in Japanese so in don't know what Naoto sings in "Full of dirty money" and if this is appropriate to describe all these CEO's, hedge funds managers,bankers etc that lose billions these days
thats the short rant,now get it 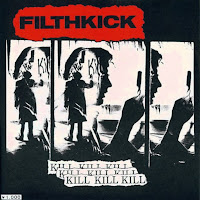 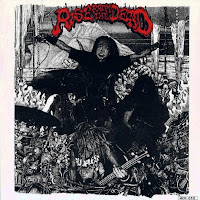 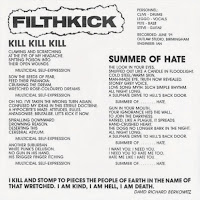 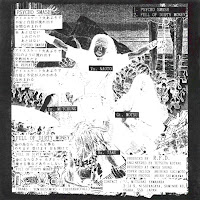 thanx for the aus rotten stuff, man!
it's great..
by the way, please check out this download link to our 3 way split release:

Reagrding the Filthkick discography:
Their first release was a split album with Extreme Noise Terror (called 'In It for Life'), which they followed up with the 2 singles and a couple of compilation tracks...They also recorded two seesions for John peel (in 1989 and 1990)...
They did record a couple of demos after the 2nd EP, but these were never released...

The band (named after the Poison Idea ep) went through many line-ups and many members over their short career...

Just in case you were curious about some Filthkick information...
Leggo (Vocals) is now the head of the PHD programme in Photography at a university in Birmingham...
Clive (Drums) is now head of Sound Design at a theatre in Birmingham...
Pete (Bass / Guitar) moved down to Cornwall in the mid 1990's where he runs a souvenir shop in a small seaside town...

They are all old friends of mine (since the mid 1980's when we all met at the Mermaid pub in Birmingham)...

thanks Nic, we really appreciate your information