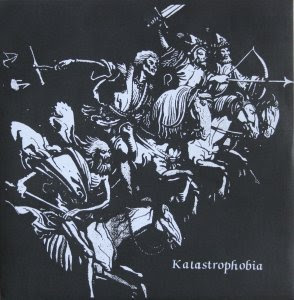 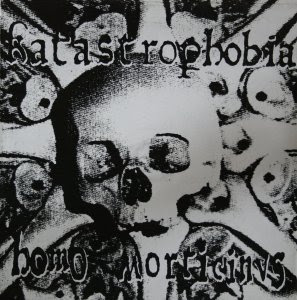 Two weeks ago - Saturday - I was awoken at 9:30 by the ring of the doorbell. Under normal circumstances, I would brood, scowl, & growl at anybody who dared wake me up at such an unholy hour on a weekend morning (never mind that we're all getting up at sunrise to drag our limbs to work five days in a row; every petty bourgeois becomes a king/queen & sole masters of their own time during the weekend - the glamour & comfort of bourgeois democracy, right?...). This particular time, though, I jumped up & ran to the door like a madman, expecting that the postman delivered Kattengat's new album (in clear vinyl, nonetheless). & he did!

To celebrate this rare confession of bourgeois decadence, I decided to post both Katastrophobia 7"s at the same time (you might remember them from Buck's podcasts a while back) & back-to-back with Billy's post below - Kattengat's Stef used to play in the band, you see. (He also played in Counter-Attack; you can get their second LP at Nabate's blog here.) This post was scheduled (as far as anything is scheduled in this blog) for 10 days ago, but then again the scanwork took literally for ever - you'll realize what I'm talking about once you check it out yourselves. (The fact that I had to decipher track names by matching the lyrics on the lyric sheet to growls didn't help either.) This is some of the most beautiful (albeit skull-infested; HeartFirst would have a fit, eh Billy?) crust artwork I've laid my eyes on for ages, possibly putting even the 'Deadly Sins' boxset to shame! & this is important - not on account of making decadent vinyl junkies happy, but on account of being proof that the band appreciated their work & its message well enough to package it as beautifully as they did. (For the taqwacores out there - lame joke that this is, I must say that this is NOT a danish flag; the second 7" opens up to form a cross, & I just needed to fill the surrounding space with something neutral - red came first with paisley a close second.)

As far as the music is concerned, this is pretty vicious crust. The first 7" is not entirely my cup of tea, as it lacks something in originality & direction (I suspect that brutality might do the trick for some of you, though) & is pretty fast - bordering on chaotic - as well (I prefer dirges), but definitely worth a few listens. The second 7" is far better by any count - fast but more well-developed & with a brutality that is not easily matched. My favorite parts, of course, are the instances in which the band reveals more than a passing resemblance to My Name Is Satan (which band had not even formed at the time that Katastrophobia released their first 7") - in the second 7", in particular, this happens pretty frequently. Regarding the band's bio, I don't have as much information as I'd like to have, but one can infer that they formed in the mid-'90s in Gent, Belgium, put out these two 7"s & the LP 'Age Of Aquarius' (which you can get it in digital format here & is also still available in certain distros), toured the european squat network extensively, played with Scatha in 2001, & disbanded soon (?) after.

I'll end this by saying that those of you who speak flemish might benefit from this interview with Stef, in which he talks about a lot of things - among them his coming of age & leaving punk behind (musically). Maybe I should grow up & do the same some time soon. Meanwhile, I'll be taking a little break from posting, as I've wasted a day on this & I start to get tired of wasting my weekends on ripping stuff - sorry...

Update: Curious Guy was kind enough to upload a Katastrophobia live from 2001 (Duisburg, DE) for us all - you can still get it here! 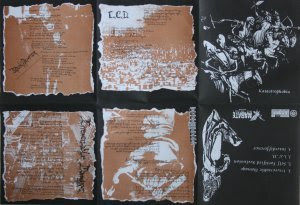 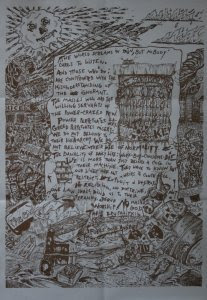 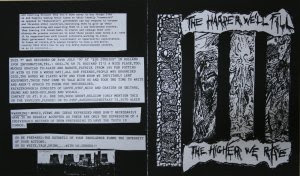 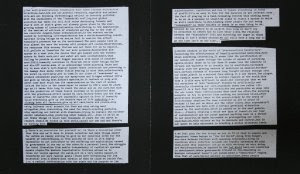 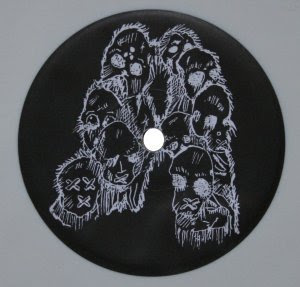 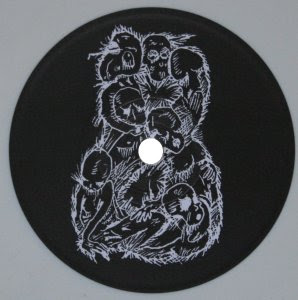 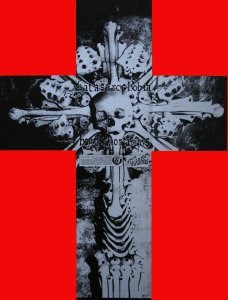 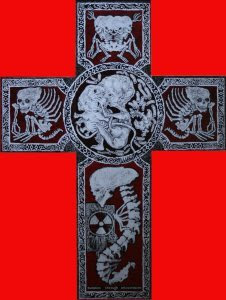 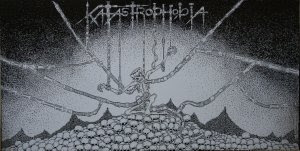 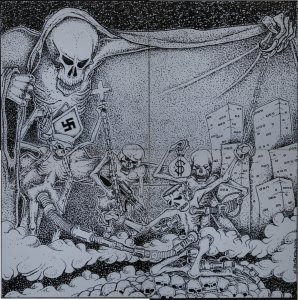 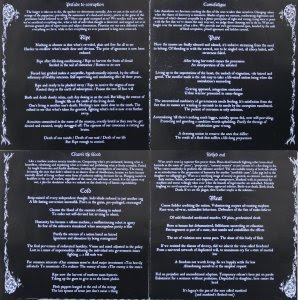 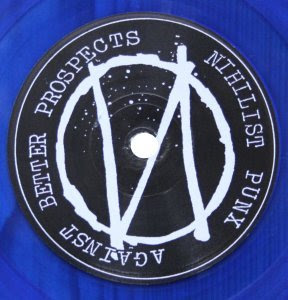 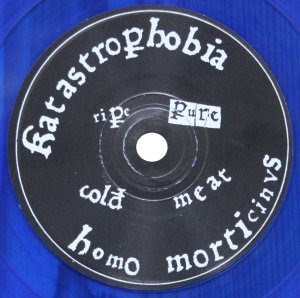 so Homo morticinus package is where Schwartz & Anger got inspired and made their cd.. I can only agree with you, Homo morticinus is better than the eponymous but i still prefer Age of Aquarius.
cheers

Believe it or not, I played guitar in the band. For the "Homo Mortinicus" 7" we had to cut the sleeves ourselves. The remaining parts made the booklet. All 4 panels of the lyric sheet make a poster too. We called it a jigsaw that even punx can manage to make.
The 1st 7" sounds indeed generic. Unfortunatley the recordings turned out muddy when pressed on vinyl.
The "Age Of Aquarius" is a so-so affair. Don't like the sound of it, too thin. But we were poor and had no budget for a fullblown production sound.
Our best stuff never got recorded as we split before recording our 2nd album.
The ex-bassplayer created a Katastrophobia page on Myspace some time ago. He is also responsible for the KTAOABC recordings as he's a sound engineer these days.
The tour with Scatha was our last one.

hey! nice to have a Katastrophia member in blogoshere! thanks for all these infos CJ,
i just found a copy of Homo Mortinicus in a local distro, ;)

Hey! Somehow I now finally much better spending all this time ripping, tagging, & scanning these 2 releases! Are the unreleased tracks available somewhere? I'd love to hear them, of course, but I'm probably asking for too much (as per usual...). Anyhow, thanks for all the info, THAT'S what we're talking about when we ask people who d'load to spend a few minutes leaving some info behind - crusty fair trade! Thanks again!

I still have a live recording of 2001 which has some of the newer songs if you're interested.

I'm DEFINITELY interested! Is there a way to contact you? You could also consider posting it in one of your blogs or uploading it somewhere - I'd be honored to host the link in my post above...

Here's a live recording from 2001 in Duisburg (Germany):
http://www.mediafire.com/?jnnndj52zzy

thanks CJ.
today i put my hands on Homo morticinus. awesome package,excellent artwork, great music. even HeartFirst would love it :)