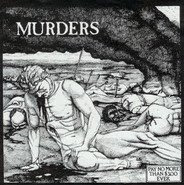 Here is old diamond coming from the early 90's:"Murders among us" was a 7" compilation, it was released in 1990 by Combined Effort and Vermiform Records and delivers four NY bands: Life's Blood, Absolution, Nausea and Born Against
Life's Blood formed back in 1987 including in their ranks Adam Nathanson (guit,who later formed Born Against), Jason O'Toole (vox, fanzine editor and promoter of Combined Effort ) and Neil Burke (bass, later in Born Against too). Check wikipedia for a brief biography.,check also this fukin interview...oh,shit..
True Punk and Metal blog posted Life's Blood demo tape and Milan of Suicide City blog the legendary "Defiance" ep. In alternative, you can visit Am i Mean?, Pope posted the demo, the "Defiance" plus some comp. tracks in one post . Check also "Live on WNYU" on Sound and Fury blog .
Absolution formed in 1987 too including Alan Peters (bass) who had played on “Liberty and Justice For…” of Agnostic Front, Gavin Van Vlack (previously on Side By Side,an sXe band) and Djinji Brown (vox) who was the son of saxophonist Marion Brown.When they disbanded members formed Burn and other bands. I don't know Absolution's discog in details,(some demos and a st 7" is all i know), Temperance released in1997 the "Complete discography 1987-89"
Nausea and Born Against need no introduction, both bands are familiar to everyone, right?
Born Against appear in "Forever", another legendary comp and Pope has already posted their split w Man is the Bastard and boot split w Yuppicide

Absolution deliver (maybe) the best track here and the rest bands are ok: Life's Blood and Born Against are just fine in their usual hardcore while Nausea are more in to hardcore fields than the crustie sound of "Cybergod","Lie circle" and "Extinction" lp. What's common to all bands is that they are all off the sXe, youth crew thing of these days in NY scene
thats it.. now go get it.
Tracks:
01:Life's Blood-Human power
02:Absolution-Dead and gone
03:Nausea-Electrode
04:Born Against-The good father 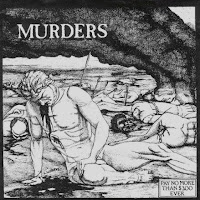 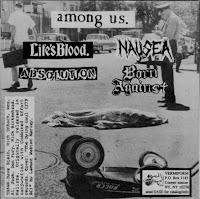 Life's Blood, Born Against, and Nausea sharing a comp together... Why didn't I already have this!?! Thanks for correcting my problem!

this comp is totally AMAZING. if you think about the time this came out and the bands that are on this...it blows me away. every song on here is awesome. another diamond in the rough is the forever 7 inch comp...Born Against, Citizens Arrest, Rorschach, Burn, and Turning Point.

Yes, I love this compilation. 4 Bands and every single Band is fucking great !!!
Dead and gone is without a doubt the best absolution track !! Life`s Blood is always great, I love Nausea and Born Against too.