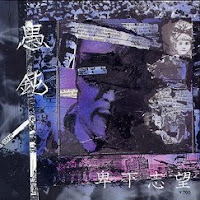 "Hikashibou" (卑下志望 ) ep was the second Gudon record. Gudon was a four piece Hiroshima Japan outfit of 80's and members later went on with Bastard. They recorded a couple of demo tapes and their first vinyl was "Zanin Seiji" flexi 7" (Kaigai Mousou,1985), it was followed by "Hikashibou" 7" (Kaigai Mousou) in 1986 and "Howling communication" 7" in 1987 (Selfish Records), their last release was the split w Warhead Junk (1991, Bloodsucker Records). There is a Discography cd (BloodSucker/Partners In Crime) including most of their recorded material ("Zanin seiji" is not incl.), one of the Gudon guys is behind Bloodsucker Records
Gudon were delivering a different face in each record:"Zanin Seiji" in 1985 was nothing but a piece of noisy shit but easily acceptable if you are into this noisy side of things. One year later in "Hikashibou" (its is translated as Stoic violence Humility Desire ) they removed from where "Zanin Seiji" ends to another level of noise. Here there are even some guitar solos(!) and an effort to add some melodies in vocals and the whole thing sounds much different to "Zanin Seiji". The same step of change (or progress?) is obvious in "Howling communication" and split w Warhead Junk.
"Gudon" is written with Japanese ideograms of the cover (the record title is in Japanese too but in English letters on vinyl's label and on back cover)
Gudon appeared in several compilations, a brief discography list is in Kill from the Heart
Tracks:
1:Hikashibou (Humility desire)
2:Komaenokotonadosirawo
3:Burst your head 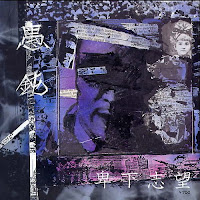 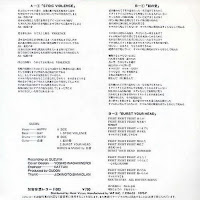 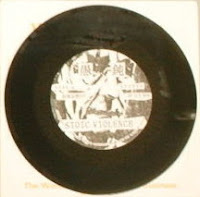 I don't have to add that I endorse Papst's exclaimations, but I do.

call me crazy I think I like this even better than Bastard.

thanks for this amazing record in mp3
this songs are crazy, not like normal punk, i think...
....
greetings....... gudon kicks asss