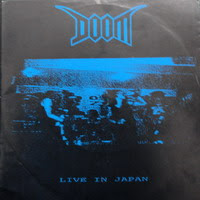 This little piece of vinyl comes from the old days of Doom and brings some tracks live recorded at Antiknock, Tokyo, Japan in 1992. This was released by Ecocentric Records the same year and was the first Doom live record (the second was Pissed, Robbed and Twatted), there were two pressings, the first one came in black n blue cover and label while the second in black and white.A sheet with special thanks was included. Ecocentric site says about 1500-2000 copies were made and long long out of print. Music wise it delivers eight songs including the Black Sabbath cover they used to play and some of their all time classics (Lifelock, Exploitation, etc), the sound is bearable but without reaching the level of quality of Pissed, Robbed and Twatted but definitely much better than the live Multinationals.. bootleg. Not as famous as Police Bastard but a nice document of Doom on stage in early '90's and a rare collector's item and also the chance for some vultures to fill their pockets with money. And just to complete the 7IC Doom post linking, let me tell you that Ecocentric is also behind Doomed to Extinction split with Extinction of Mankind and the cd version of split w Selfish.(and yeah there are some more Doom post in back pages,shameless promotion,hahaha)
That's the short ranting. Yeah once again it took some time since the last post but finally here you have it again, until the next post whenever it come, don't stop listening to crust and keep spitting the face of neo-liberalism. 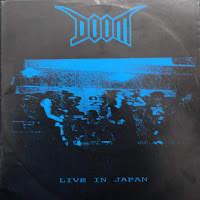 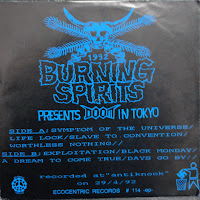 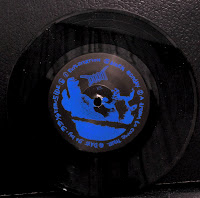 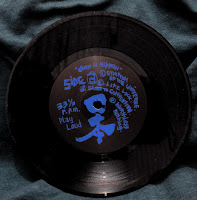 so much great stuff here.