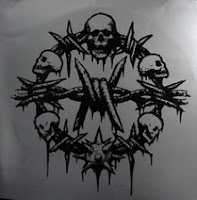 No title for this post since there is nothing on the cover revealing what is this but i m more than sure you already recognized the record: Anyway, from Doom's Live in Japan we continue with another rare shit: This is known as s/t tour ep or Phantom ep but the band informs with a text inside the gatefold cover that "the unofficial title of this is Live and Compressed". And yes, the band is Disfear and this is their self released tour ep for their US/Canada tour of May/June 2006, this was sold only in their gigs which makes it a little more rare than the Disfear releases of mid 00's plus the fact that there were pressed only 500 hand-numbered copies. The record came in gatefold cover with the lyrics of the three songs printed (Phantom, the first song which sometimes is taken as the title of record, was a new song previously unreleased and two years latter appeared as closing track of Live the Storm, Left to Die and Everyday Slaughter come from Soul Scars and Everyday Slaughter cd's-lp's ) and some information about the recording plus an insert with the date list of gigs for their tour and instructions to win on-line a Disfear pin. The songs were recorded at Tavastia Club in Hell-sinski, Finland and music wise and according to the band, the sound "is very live and unfortunately compressed" and that's what it is but still deliver the goods in chaos.
This was the short rant, . The last months i ripped some vinyls or scanned the covers (or took pictures) of old posts and the during the last weeks i re-up'ed em, so if you take a trip to back pages you will find a lot of these (Deviated Instinct, AGE, Warcollapse, Anarchus, Consume etc and some more will be updated soon, hopefully). So, until the next post, get some drinks and occupy the streets. 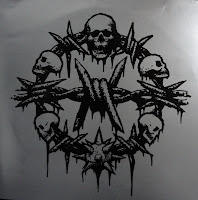 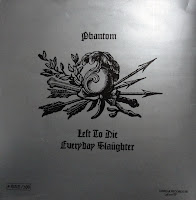 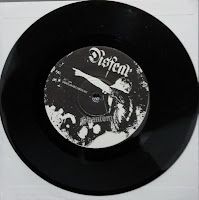 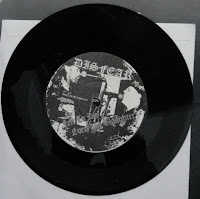 We payd for this shit: http://fracasopunk.webege.com/