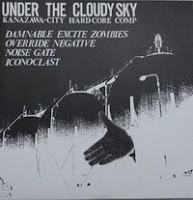 Under the Cloudy Sky-Kanazawa City Hardcore belongs to the endless seven inch compilation list of MCR Company  and as the title says it consists of bands from Kanazawa City. MCR released a bunch of 7" compilations back in '90's, each one dedicated to one city: Tokyo, Sapporo City, Kyoto, Yokosuka City, Mie City, Shizuoka City and many many others. Kanazawa City Hardcore came out in 1994 in 700 copies and its long long time out of print, it consists of four bands, Iconoclast, Damnable Excite Zombies, Noise Gate and Override Negative. Iconoclast and D.E.Z. are well/widely known, i posted Who does the freedom and equality exist for? and Suck your soul 7"  some years ago so check these posts for some bullshit ranting about them, if you know anything about Iconoclast's singer being also in Crow just drop some lines to reveal the mystery, i have met some conflicting opinions on the web. The other two bands didn't make it out of Japan or at least i never met them around yet, according to Discogs.com Noise Gate appeared in Revolutionary Cry 7" in 1995 which is another seven inch comp by MCR while Override Negative contributed some tracks to Ultimate Attack cd (1994, Ultimate Records).
The record came in four way fold-out cover, each band contributes one song: Iconoclast dominate here, their song appeared in their demo tape, Noise Gate stand equal to Iconoclast and deliver a fast and angry piece of Jap-core with catchy riffs and rough vocals, D.E.Z. are great too with their thrashing hardcore while Override Negative bring some US orientated hardcore. 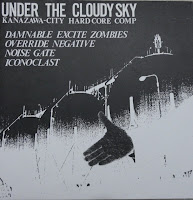 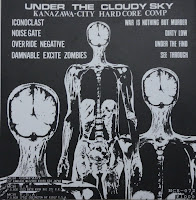 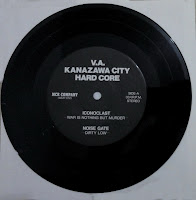 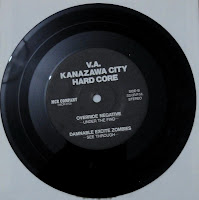 Hoping someone out there has more and if not this is some kick ass tunes.