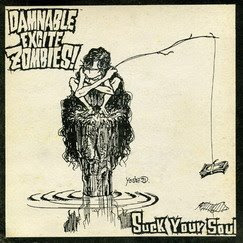 Damnable Excite Zombies hail from Japan and "Suck your soul" was their debut ep.
They formed in 1990 or 1991 and before "Suck your soul" they recorded a demo, apart from "Suck your soul" they released a few ep's on MCR COmpany:A split 7" w Amen from Finland(1991, MCR),a split w Toxic Noise (1993,MCR Company). they appeared also in "Under the cloudy sky" 7" (1996,MCR w Iconoclast, Noise Gate and Override Negative) and "Fucking Noise Terror" cd (1996,Sound Pollution)
I don't know if this is their complete discography, Austrinken is still down, there was a complete D.E.Z. discography there,so please add any further info :)
"Suck your soul" came out in 1991(or '92? not quite sure about the year..), it was released by the German label Amok Records but was distributed in Japan by MCR Company. It delivers five tracks and about 10 minutes of speedy & distorted crusty hardcore with some early S.O.B. and Systematic Death influences here and there. 1000 copies were made, there was a limited number (about 150-200) of hand-numbered clear green marbled vinyl for for mailorder
When D.E.Z disbanded members went on with Green Machine
Tracks:
1:Suckyour soul
2:Insane
3:Out of order
4:Get back
5:Darkness 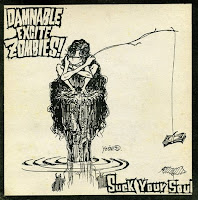 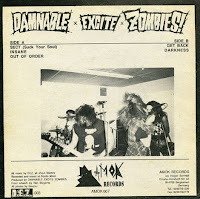 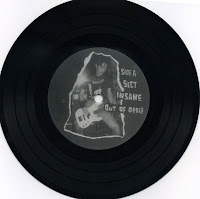 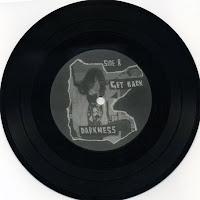 Yeah,solid 7" :) I think that your DEZ discography is quite right.

thanks Milan.
the Brainstorm 7" you have posted in Suicide-city " is awesome. nice band, cool record and comes from '89...

Great great GREAT band! Totally overlooked in my opinion. I actually wrote about them in my old (really shitty) zine since I love em so much!

Hey,no problem :) Yeah that Brainstorm 7" is great,also i will probably post some other Brainstorm stuff soon,i just need to check my cds :)

Awesome! I have the "Fucking Noise Terror" comp and always wanted to hear more these guys. Thanks a bunch!

If you want your ex-girlfriend or ex-boyfriend to come crawling back to you on their knees (no matter why you broke up) you gotta watch this video
right away...

(VIDEO) Have your ex CRAWLING back to you...?