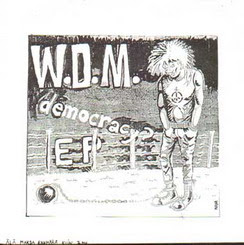 I got this mood tonight, call it either retro cult or old school worship and is the reason for diving into this 80's rarity:
W.M.D. were a hardcore band from Finland,they formed around 1983 and disbanded around 1990. Digging the web i found a few infos about these punks, thanks to Kill from the Heart and Finnmusic.net: Their discography is three ep's:"Democracy?"(1985,Vaihtoehto), "Tomorrow's gone"(1985,Vaihtoehto,300 copies) and "Freedom of music"(1988,M&M Productions,500 copies). Apart from these ep's they contributed tracks in "Nobody's perfect" ep (1986,Leukemia Records), "Barabas comp tape" (1986,Barabas Records/BCT), "There is no reason to be happy" ep(1986,Artcore Records), "War" ep (1987,Over the Top Records-USA)," Maanalainen vuosikerta" lp (1989,Stigma Records)
Furthermore:i had found some infos in obscure distro about "Homakohu" tape comp and "Vapautus"7" comp(1986,Bunker Musik,a label from Germany) and W.D.M. were in both releases but i didn't save the url and now google search gives no results...any help out there?

"Democracy?" is their first ep, it was recorded in December of 1984 released in '85 by W.D.M.'s own label Vaihtoehto Records, it was limited to only 300 copies and these tracks were W.D.M.'s contribution to "Barabas" comp tape. Their sound is typical Finnish hardcore of 80's (Kaaos, Bastards etc), they sing in english and tracks 2 & 3 ("Passive observers" & "Killer") are one track on vinyl but separated as different tracks in lyrics text
Check W.D.M. myspace and listen some tunes from other releases..
Tracks:
01:Reality
02:Passive observers
03:Killer
04:Democracy?
05:War! why?
06:Brains
07:1985
08:Sterility
09:Peace and freedom 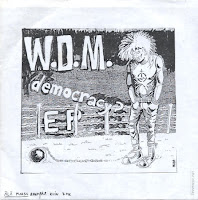 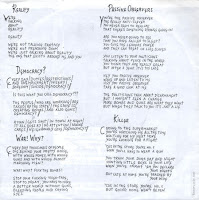 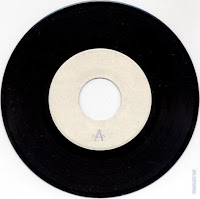 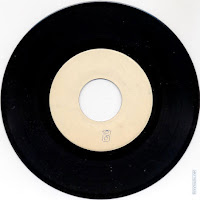 This record is very good.
If you want more WDM
http://paynomorethan.blogspot.com/2008/03/wdm-freedom-of-music-ep-88.html

Info on the Bunker Music comp. 7":
Colera - Somos Vivos
Dunkle Tage - Nehmt Euer
W.D.M. - The Key
Circle Of Sig Tue - 3.Reich In Disguise
You probably saw it once here:
http://www.punk-o-graphie.org/
Tracks of W.D.M. on "Homakohu" are:
War Is Here
Killer
Brains
1984
This tape is floating on slsk.

I hven't had a chance to listen to this one yet, but I wanted to take a second to thank you for doing your site. It's not just the music but the whole site. You have so many fantastic links in so many categories it's incredible. Thanx for doing what you do.

thanks guys!
cj you are cool! yes,it must be the Punk-o-graphie the site i ve seen about the ep.
And if i remember correct, there was a info about clear blue vinyl for the 7"..

Nice post again. I just have this band in a old finnish hardcore compilation bootleged videotape. By the way the last time I watched it were ten years ago...

I work putting up records on ebay at Reptilian Records in Baltimore MD. I'm listing There Is No Reason To Be Happy, with W.D.M., I REFUSE IT, Martial Law, 3. kategorija...
Perfect copy with W.D.M. lyric insert. http://shop.ebay.com/merchant/reptilian_records

"Vaihtoehto" was not WDM's label. Vaihtoehto was group of people arranging gigs, distributing zines and records, publishing few too and WDM guys were somewhat active in Vaihtoehto.