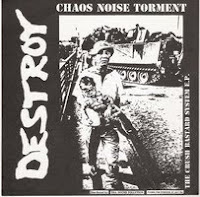 Here is another split including the Minneapolis grindcrust masters Destroy: The Crush Bastard System split 7" was released in 1995 by MCR Company and distributed by Sound Pollution. This is the swan song of Destroy which appear here with a new Discharge-ic logo and a totally "Raw D-beat" cover artwork.
There is no need to say a word about Destroy, everything about them is on the web and a lot of blurb has been said in previous Destroy posts (split w Disrupt, Burn this racist system down), here they contribute four tracks (incl. a C.O.C. cover) recorded in Tokyo in 1994, tracks are close to their songs from split w Disrupt. Disturb were a crust/hardcore band from Himeji city, Japan and all i know about them is the For the Live 7" released by Discrete Records, if you know anything about them just spend a few minutes and write some words. They deliver three songs of heavy Japanese crusty hardcore with the usual rough vocals of Japanese punk bands. Both bands deliver the goods, the record comes in fold out cover and the usual black vinyl and its lengthy enough (lasts over fourteen minutes), lyrics included only for Destroy songs. On Destroy side cover there is the title "Chaos Noise Torment" but the title of split is rather The Crush Bastard System (please somebody correct me if i'm wrong)
This is the short rant, now go get it 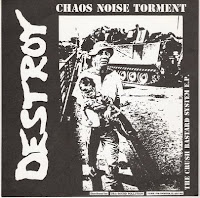 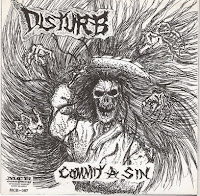 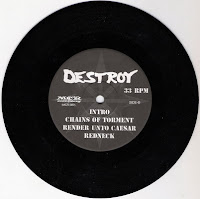 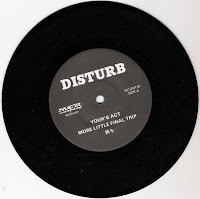 wow
i was looking for that....thanx

thanx for post, Destroy is one of my favourite bands.. :)

thanks!
Mike des to mail sou

Can you repost this on mediafire or somewhere other than megaupload?