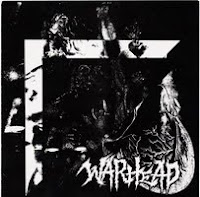 No much blurb for this diamond: Warhead was another diamond from the Land of Rising Sun, they formed in Kyoto and self-released Cry of Truth 7" in 1991 (re-released in 1992 by Amok Rec.s and in 2001 by Devour Rec.s), Kono Omoi Wo Dokow E cd/12" came out in 1993 on Blood Sucker and was followed by Lost self and beating heart and Drive it in your head 7" (1999, Fast Nail), in 2001 they appeared in One Shot One Kill lp comp (Overthrow) with Extinct Government, Zone and D.S.B., then they called it a day and came back in action in 2004 releasing a split 7" w Order on HG:Fact.
The first time i listened to a Warhead record was many years ago, the record was Kono Omoi Wo Dokow E and still remember me shatting my pants and keep listening again and again, amazed by the unexpected brutality: Nine songs and less than twenty minutes of raging hardcore, hands down this is great record!
The Lost self... was released in 1996 by Blood Sucker in blue and black vinyl versions and continues Kono Omo..'s journey into brutality: The band now had new pass player and delivers six tracks and nearly twelve minutes of manic rage with insane vocals, thrashing guitars spitting noise and fast smashing drums leading each song beyond the speed limit. A masterpiece of noise.
Ugly Pop Records included The Lost self.. in the vinyl version of Kono Omoi Wo Dokow E to make a full-length and Blood Sucker released the cd version of it. Blood Sucker stands behind some other jewels of Japanese scene such as Death Side, Bastard, Gudon, Forward, Disclose, Liberate, Nightmare, Crude, D.S.B. and many others 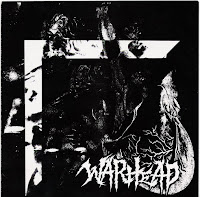 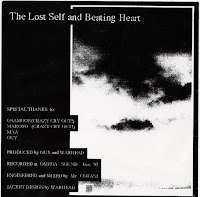 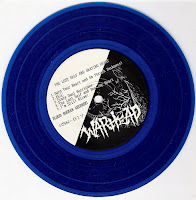 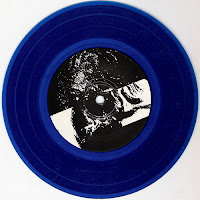 hey!! i found a deathraid EP link, and i cant get any info about this album. its fuckin great but i cant even find the cover! do you anything about this??? maybe you can help me! thank you kindly and cheers!

send me a mail and the tracklist.i don't know anything about a Deathraid ep :/

which is your mail?

oh,i thought it was visible in my profile! anyway here it is:
7inchcrust(at)gmail(dot)com