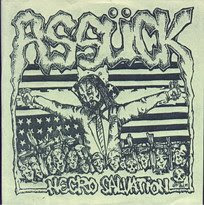 Time to bring some old posts back to light: Old posts from the first days with dead or removed links but requested and worth to come back to front page, so here we go:
First off something for grindcore maniacs: Necro salvation was one of the very first posts of blog, it was released in 1989 by Rigid Records,foldout sleeve, light green vinyl,re-released by No System Records with different artwork and some misprint on tracklist. "Blindspot" was recorded in the infamous Morrisound Studios with Chris Barnes (Cannibal Corpse "fame") as special guest in "Infanticide" (to be honest can not dig any difference to the rest "vocals" of record..) and was the limited edition ep for Assuck's European tour, it came out in 1992 on Sound Pollution it was included in "Anticapital & Blindspot" CD. "State to state" was released one year later by SOA Records with four tracks from "Anticapital" covering side a while side was covered by a spoken word
Thats the shit about Assuck, oh i forgot it: There is also their "Born backwards" demo tape from 1988 including some tracks that appeared in "Necros-salvation". 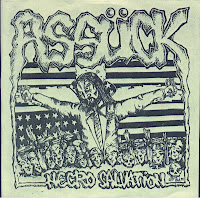 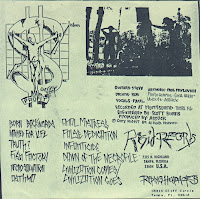 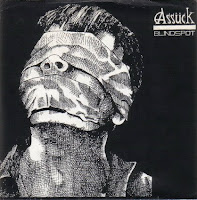 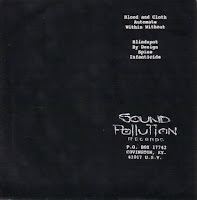 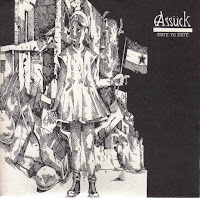 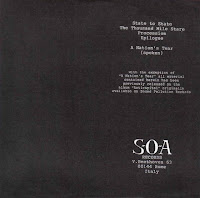 State of Fear-Wallow in squalor 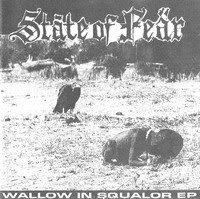 This the first wave of reposts,coming up some classics (Amebix, Hellbastard, Antisect, Deviated Instinct) and later some other stuff (Nausea,Ekkaia, Disaffect, some Disrupt etc.),Next up is another post from the very first days: 'Wallow in squalor' by State of Fear was released in 1996 1995 by Profane Existence. The 5800 copies of several pressings were sold out and it is long out of print. Six tracks of cruststcore with influences from the Swedish scene and strong political lyrics. Profane Existence released SoF's discography in 2004 including their two ep's and the lp.Nothing more to say.. 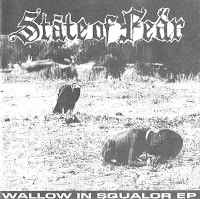 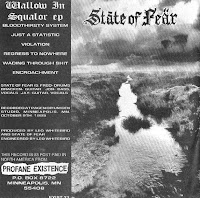 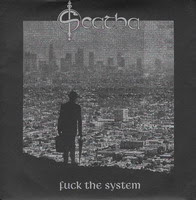 Scatha's 'Fuck the system' is too classic to stay with no link. Scatha formed in Tomintoul,a village in the Aberdeenshire Council Area, Scotlan, by former Sedition, Dissafect and Stretcheads members. "Fuck the system" was released in 1997 on Anonymous/Enslaved Recs and it was a piece of dark crust with poetic pagan lyrics, The band released also a split w Dagda and two lp's:"Respect, Protect, Reconnect" (1996,Flat Earth) and "Birth, Life and Death" (1998,Flat Earth). "Before The Dust Settles" is a internet compilation of demo and rehearsal recordings available for free downloading in Scatha's myspace while "After the Dust Settles" is their discography cd on MCR Company. Check their myspace, there is a brief biography, reviews of their records and a photo flash where you can see the how the punks on the back cover of this ep turned into crusties :) 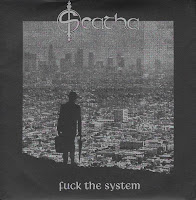 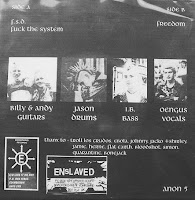 Thank you for deciding to repost the dead links. Your work is appreciated!

State of Fear-Wallow in squalor 7" was released in 1995. I'm still remember the day when i got the parcel from Jon, I was going to camp and still had time to make a tape and show off the news State of Fear recordings to my friends.

this is my 1st comment on here so 1st off thanks and congrats for your awesome work in bringing back so many obscure but wonderful gems!regarding assuck: they also put out a split 7" with O.L.D. (who later released an LP on earache records) which is virtually impossible to find anywhere, it'd be cool if you managed to find it and post it on here

thanks again and cheers from italy!

Hi Andrea
unfortunately i don't have this split, pretty old and pretty rare but searching the web i found it here
enjoy it :)
cheers

found your site pretty recently...thanks for this one!