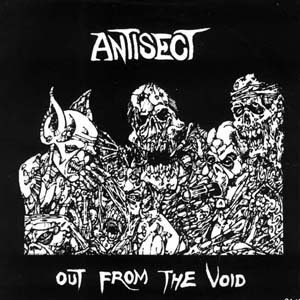 Well i got some sore throat and i'am not in the mood for much talking but there is no need for much talking since the records are some classics:
Antisect formed in Daventry, Northants in 1981."Out from the void" was their second record (the first one was "In Darkness There is No Choice" on Spiderleg), it was recorded in September of 1985 and released in the end of the year on Endangered Musik and reached number seven in the indie singles chart.
Both tracks of the record are untitled but the lyrics are printed on the back cover so you can see what they deal about.Antisect disbanded in 1987, Pete Lyons (founding member) and Lawrence Windle (member in the last Antisect line up) formed Kulturo 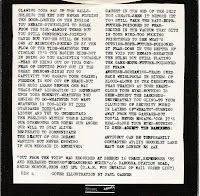 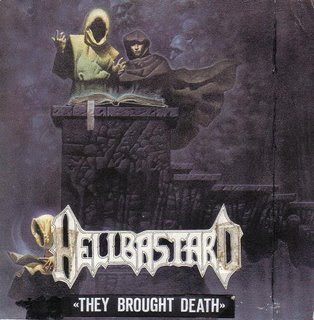 Hellbastard was the first band that used the term "crust". Unfortunately their later records were predictable metal far from the crusty roots of "Rippercrust" and "Hate militia" demos. "They brought death" was released by the German label Temple of Love Records in 1988 on gold vinyl. "They brought death" was the released after "Heading for internal darkness", Some steps to the metal territory have been made but the crust feeling is still there..maybe their last crust candlelight in the upcoming metal night era... 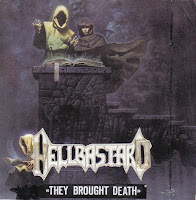 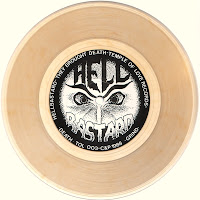 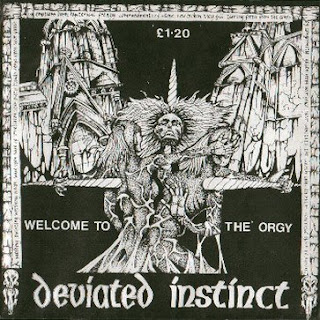 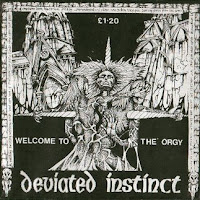 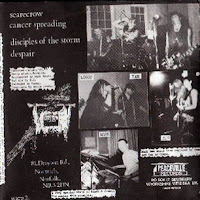 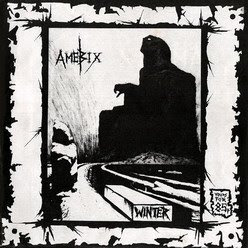 "Who's the Enemy" was another post from the very first days. This was the first Amebix release on vinyl, released in 1982 on Spiderleg Records, this four track jewel was originally set as a 2 song so the insert included lyrics only for "Carnage" and "No gods,no masters".
"Winter" was the #100 post of this blog in summer '07 (a classic ep for the first hundred of posts), it came out in 1983 and was another crust treasure. Both tracks came out in limited numbers and soon became legendary and being repeatedly bootleged.
Spiderleg relased also "No sanctuary", it was a label run by Flux of Pink Indians members and these three releases included in "Beginning of the End" cd. Alternative Tentacles recently released "No Sanctuary The Spiderleg Recordings" offering these early Amebix gems in remastered versions.
said nuff... 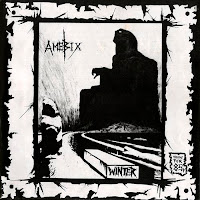 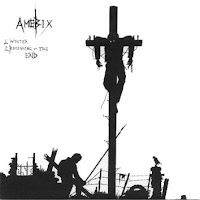 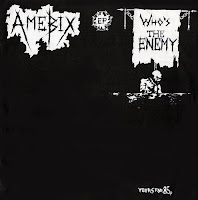 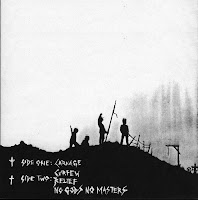 Thank you for posting ANTISECT's "Out From The Void", including the cover art and lyrics sheet. I caught AMEBIX the first time around, but just love their artwork. I've been listening to them A LOT lately. Your blog is really great, thanks for putting so much time and effort into it.

all classic stuff, thanks. Now if only someone was able to post "a vile pace"......

thanks for wasting little time to say thanks, we had started to become a ghost town here.. lol
next post:mmm... lets see, how about Doom-Police bastard,Sore Throat-Death to capitalistic hc, both
w full scans?.. and some other old crust shit of curse..but Whispy has to do some scan work first..

i don't have A Vile Peace,sorry...

Thanks a lot for the antisect 7"! But please, in the future, when it's scene releases it would be nice if you did not rename files and/or remove .nfo, .sfv files. Thanks :)

i don't get it but if that is what i understand, this rip was better than any other that floats around the web, i don't use tags anymore (and use only track title for each song) to avoid any delete problems caused by server progs, i left the tags to this so everyone could see where it comes from,ok?

Ok, I;m sorry but i still prefer to remain anonymous.I wasn't expecting you to post "a vile peace" as it'snot a 7inch just wondering if anyone reading this could point me in the right direction!! I would ignore comments about your rips, there all awesome, and some folk just don't know how to say thanks

its ok, you don't have to be sorry Mr Anonymous,its no big deal.
i checked about A vile Peace but google gives no results and there is no any metal or punk/hc blog having it :/
you never know if someone who can help decide to upload it someday, there are some 7" posted here (contributed by visitors or bloggers) that i never expected to find.
cheers

Nice selection of ep's. Hellbastard would be the only let down, hadn't been a big fan of these guys. I always thought Concrete Sox or Sacrilege did it better. Great blog as per usual.

Had to come back to snag the DEVIATED INSTINCT download. Amazing.

Antisect amebix and wanted to download because the link is out

Amebix was deleted by the server,need to re-rip it.Antisect will be reposted soon with new rip and scans