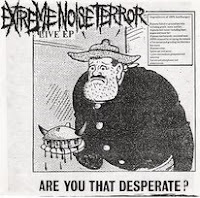 This is how the story goes: Victims of War was a shortlived and unknown band from Ipswich, England, they formed in 1981 and recorded an eight track demo tape, sometime they changed their name to Freestate and recorded another demo, this was their only recorded material ever. A few years later a band called Raw Noise formed in Ipswich too and recorded A Holocaust in your Home tape in 1984. The next year they released a split lp with Chaos UK on Manic Ears(re-released in 1990 by Vinyl Japan), this year they split and Dean and Olley a.k.a Pigkiller formed Extreme Noise Terror along with Phil Vane & Pete Hurley from Victims of War/Freestate. The rest are history well known...
Are you that Desperate comes from the old good and glorious days of Extreme Noise Terror and 3/4 of the band is still here (plus Stick who beats the drums), its a live recording from 1989, it was released by Crust Records and delivers some of the ENT classics and their raw furry and manic brutality: Deceived, Another Nail In The Coffin, Subliminal Music, Murder, Raping the Earth... 12':30" of noisy Crustcore. The record comes in gatefold cover including lyrics and the statement "Meat:Food for thought", (band members used to be veggies back in the day, nowadays only Phil Vane is still vegetarian) and once again b side label print is the same to other Crust Records releases (check Apocalypse's Earth or Disrupt's st 7").
There is no need to blurb more, ENT are widely known so the rant will be a little short. Check their myspace, Wikipedia and Metal Archives for more information
01-Deceived
02-Another nail in the coffin
03-Subliminal music
04-Murder
05-Raping the Earth
06-Punk:Fact of fiction 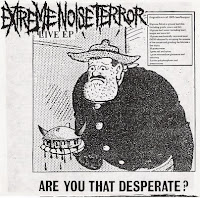 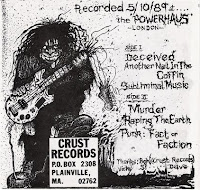 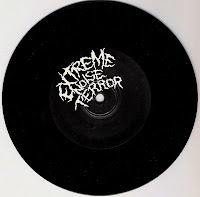 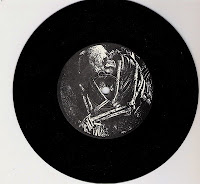 I haven't heard this one from the good old days of ENT before! Thanks for sharing!

Cool stuff you got here! Check out my blog, mixtapes with classic & rare stuff!
http://sailorpunk.blogspot.com/

I have linked you on my blog,can you plz add my blog here.cheers!

thanx for the comments.Skipper and dEgeN eRik are added, cheers :)

Absolutely fucking beautiful record, with excellent live sound. You can send me your spare copy of it right away, Billy. :-) Thanx so much for this. I commented on the VoW demo and was wondering if you minded if I posted that sometime (incredible too), I separated the tracks on that. Haven't heard any news on Greece in a while but I'm sure that doesn't mean there isn't shit happening. Take it easy.

yeah i have seen you VoW comment and i replied,feel free to post what you want from my blogs.
things are as shit as it can get,we are caught in this financial shitstorm with inflation and unemployment rising,nothing changed since the last time we talked

hear the new stuff of Whipstriker from Brazil.
"MIDNIGHT CRUST" demo. if you like it you can put to download, no problem. Just copy the link.

This stuff will be release in some 7´´Stuffs Split with Besthoven, Nuclear Frost and Lifelock.

Hi there, i want to introduce you my band Sud Lincha, we're from St.Petersburg, Russia and we play DIY hardcore\crust.
The band was formed in 2009 and now we workin on our split with Moscow neo-crust band called Unkind Revolt!
You could check our MySpace:
http://www.myspace.com/sudlincha

I was bass player in V.O.W. and Free State. We did record a studio demo which I am hoping to release very soon.