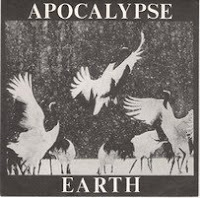 There were many metal bands with the name Apocalypse, this particular Apocalypse was a crust outfit from Walnut, California, they formed in 1987 and recorded a seven track demo tape, their first release was a split ep w Transgression (1990 on Desperate Attempt) and was followed by a split ep w Mindrot (1991,Tempest Rec.s) and Earth 7". Members went on to form Monolith and joined local bands such as Glycine Max and Scarred for Life. In late '90's Half Life Records released a 22 track discography cd including all recorded material.
Earth came out in 1992 on Crust Records in 1000 copies (this was the first release of Crust Rec.s) in hand-numbered sleeve and delivers three tracks of raw metallic crust that reminds of 80's UK bands and balances between Antisect and Hellbastard. Actually there are two lengthy tracks: Mother Earth (that lasts over six minutes) and Heart of Man (lyrics incl. in the gatefold cover for both tracks), Wimp-core,the last song sounds like a grindcore song and lasts for only 5-6 seconds. Inside the gatefold you will find the lyrics and a brief history of swastika and it's use by ancient civilizations as a symbol of good luck or immortality . 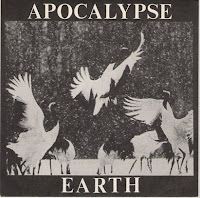 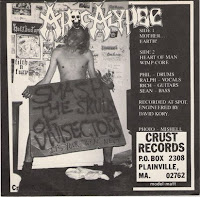 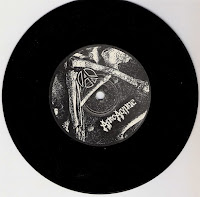 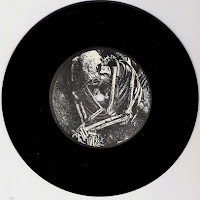 I do not like this stuff, too repetitive and boring, but thank you nonetheless!

thanks for the comment.
repetitive? sometimes yes
boring? no way! :)
cheers

their side on split w/Midroth is Godly!
axegrinder croatia

Just pulled this one out the other day to give it a listen after all these years! Gotta love the Cali crust!

The person on the back cover of that Apocalypse 7" is Matt Fisher from Confrontation who were from Huntington Beach. He went on to form the metal band Mindrot.
Apocalypse toured the US on thier Earthgrind 1990 tour. They played shows with Nausea, Winter, Dead Horse(?), Misery and Disrupt.
They did one reunion show in Santa Ana in 1997.

That's right I recognize Matt from Confrontation on the back cover. The Confrontation 1989 EP is on par with this apocalypse release IMO in terms of style and lyrics. Confrontation members later spawned Mindrot like anon stated and also Dystopia

Reformed and new record coming this fall of 2017. Apocalypse/Extinction of Mankind split.