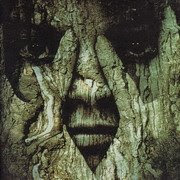 This is a repost and it isn't:Last week and during the uploads of dead links and reactivating the olds, i started to add some more blurb in old short posts,(Whisp polluted me with perfectionist spirit(!) amongst some other addicts..). So, while i was adding some more in Hibernation's old post, a HTML trouble came up and all changes were locked (there was no way neither to edit nor draft the post plus the fact that links and letter fonts looked different and affected each page this post appeared. I told Whispy what happened and he said "no big deal, leave it the way it is, none gives a shit",well this must be the truth but i do give a shit, i deleted the post(five comments were lost,sorry people) and bring the record in first page with a new rip @ 320 (is this a good excuse or not? shut up Whisp,i know what u r thinkin..)

Hibernation is one of the historic bands of Greek crust scene that are still active (the other one is Panikos). The term historic comes for their connection with some bands from the great era of late '80's-mid '90's of greek scene: Chaotic End and Forgotten Prophecy (and in a chain of links these bands were connected with some other legends such as Ashen Breath,Naytia, Human Lethargy,Stateless in the Universe and others). Their first ep was posted here, Malisha posted their last release "Into the Silence of Eternal Sorrow".
Loneliness was released by Power it Up in 2000. Cover artwork reflects isolation,despair and loneliness and stands off to crust cliches . The record comes with a nice booklet with lyrics and translation in English. There are four tracks here: The spoken word of first track delivers the first dark colors of despair and inner search in a world of hypocrisy and then the crust assault begins: Alex sings in a side tracks while Yanna in b side's.All tracks are fast and short delivering a blending of Doom and Nausea with a metal edged feeling,heavy riffs, excellent rhythm section and hard pounding drums. There are some slower parts while some keyboards here and there add more shades of darkness. the production is a bit better than the first ep
Loneliness (and all Hibernation records) had good reviews (check some in this fan made myspace) but according to Alex's interview in Mountza zine, Power It Up was not happy with it. weird....
Too much rant.. now go get 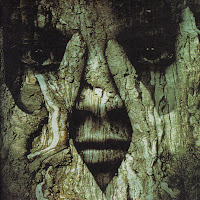 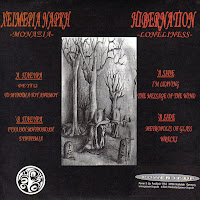 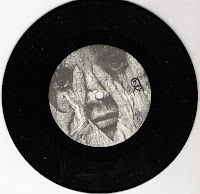 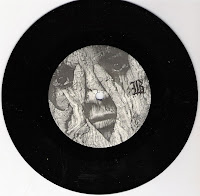 These guys shred Billy glad you put this up at 320. Sowing that greeks are not just known for demotic :-)

hahahha, Justin i always believed that greeks are known for souvlaki,sirtaki and mousakas :)
thanks for the comment.
cheers

hey, sorry for delay in getting back to you, no i have no idea about the band you asked about

its ok Slobby, never mind..seems they were shortlived

The Loneliness Ep is a great one, but at all I prefer the LP from Hibernation.

Nice. I bought this seven inch on a whim. Its good but I was confused as to whether it was a split or not because the liner notes confused me.


I added your blog to my list. If you wanted to/could please add mine I am trying to cross-promote it as much as I can thanks.