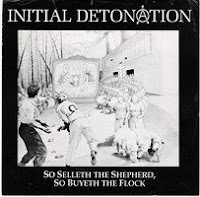 Brutal crust from Missuri,USA: Initial Detonation formed in 1997, they recorded a demo and released two ep's:s/t in 1998 and "So selleth the shepherd.." in 1999,both released by Sensual Underground Ministries, a Oklahoma based label. I don't know anything about these guys,both of the ep's were great but they called it quits before put out a 12".For some more infos here is a text taken from Wikipedia:
"Initial Detonation were a crust punk band from Joplin, Missouri. Many of the members (guitarist Roger Hannifan, bassist Mike Jilge, and drummer Larry Deardorff) had been in the earlier, more hardcore punk, band Encrusted and Roger had played drums in an early incarnation of Total Chaos. The early nucleus of the group, Roger, Mike, Larry and singer Jeanene Maddox merged with another group, Satan's Ice Cream Truck (a duo, Ritchie Randall on electric guitar and Garry Moore singing) to form the final line-up of the band, now with two guitarists and dual vocals. They were in existence from 1997–2001. Mike and Larry have continued to play in another ongoing project, Freakflag"
The complete title of the record is "So selleth the shepherd..so byeth the flock", It delivers four tracks of brutal crust punk with metal hints, male/female vocals,many breaks and beat changes and strong anti religion stance in their lyrics. A poster is included
I ll end it with something strange about the girl who sings here and its a text written by Gabe from Ozrak Punk Blog in an old post of ID:"I recently learned that Jeanene, co-vocalist of the group, was a participant on the now-defunct network TV show “Extreme Makeover”,It looks like the corporate network people paid for a shitload of plastic surgery, or used some black magic ritual to transfer her consciousness into a new body.... 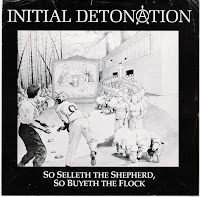 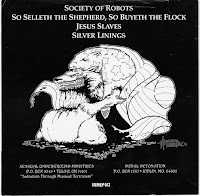 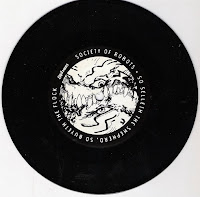 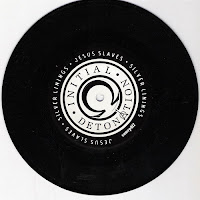 Nice find! I wasn't familiar with ID until now; the heavy drumming... the dual vocals... some damn good crust without being generic. Thanks!

Nice find Billy and from my neighboring state of Missouri, hard to believe. There's something about dual male/female crust bands that captures me every time. These guys do not dissapoint, thanx for enlightening.

this was a sweet find to me too Justin, i didn't expect these guys to be great.
and this story about Jeanine is really sad and disappointing shit

Sweet shit! I love this EP, thier other one is just as great. Thanks!

I also remember the episode of that show, fucking weird.

three guys from intial detonation (drummer, basser, and guitarist), have a new band, sounds like old school metal/grind punk...you can download their new cd for free on the myspace...the band name is KROM, and they also hail from joplin.

Anonymous said...
This comment has been removed by a blog administrator.
September 5, 2009 at 8:56 PM

Haha, it was a free trip and stay in Hollywood Ca. I got my broken nose and scarred up chest from botched surgeries to remove cysts fixed. The exchange... Cutting my dreads off and letting them dye my hair and take my jewelry out. It's a tv show... Nothing life changing. Sorry!