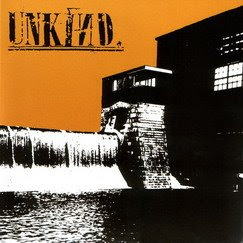 Unkind is one of the best bands of Finnish scene, they are around for about a decade and their powerful crust was a Terra Ingognita to me since i digged them for first time a few months ago (Shame on me! these dudes are fucking great.)
Their discography is the eponymous ep (Witchhunt Records, 1998), "Who’s the fucking terrorist" ep (Fight, 1999), a split ep w Police Bastard (Fight, 1999), "Plant the seed" 10” (Fight / Pathetique), a split 7" w Sawn Off (Pathetique,2001), "Mieliemme tuhkasta" (Yellow Dog,2005), "Ei mitaan, lp(Combat Rock Industry, 2006) and "Hangen Syliin" (Combat Rock Industry, 2007). They also appeared in "Rajoitettu Ydinsota:Tribute To Rattus(Fight, 2000) and "Passing bells" ep(Passing Bells Recors, 2001), and in Combat Rock Industry compilations "Combat Rock Sound" vol 1(2005) and II (2006). Members of Unkind are in a band called Lahempana Loppua.

"Verinen ilotulitus" ep was released by Fight Records in 2003, only 500 copies were pressed and according to Fight website this is out of print, It consists of four tracks including one Antisect cover. The eponymous tracks opens the record and its the sign of what you should expect here: Unlike the majority of scandinavian bands Unkind are closer to PDX bands and they are not just another crusty dis band. The Tragedy,His Hero is Gone and From Ashes Rise influences are obvious here, The rest tracks are in the same vein , the Antisect cover is well done, the sound quality is excellent,lyrics in finnish and english(printed on back cover).
I have nothing else to add here, Verinen ilotulitus is representative of what you get here, dig it in Hardcore Holocaust if you like it
Tracks:
01:Verinen ilotulitus
02:On my throat
03:Why must i die (Antisect cover)
04:Totuus/Vaihtoehto 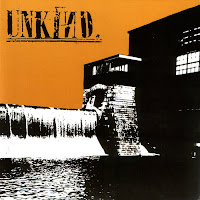 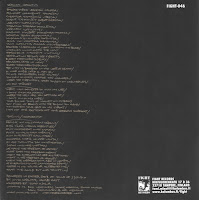 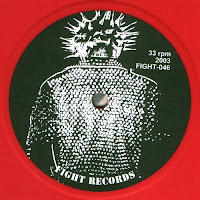 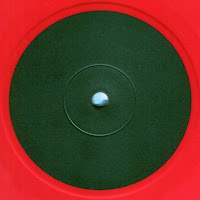 Hello!
I have been gone from bloggoing for a while. I jhave just been pretty busy with a lot of things. But i see you have made some great new posts. The Disregard/Disfornicate spit 7". I heard them before on the Distortion to hell comp. I really like swedish crust a lot. I also just subscribed to you rss feed, so i plan on keep up with your posts.

Thanks again for the great upload!
-Stewart

hi Stewart!
thanks for your good words,nice to see you back dude.
SeeinRed blog is just fine :) keep up man!

Thanks for this. i think UNKIND are one of the best of 'that' type of band, a good variety in the songs and a great guitar sound.

Hey i forgot also, i am pretty good at graphic design, if you ever need any graphics for you blog let me know i would happy to make them for you. anyways man i am anticipaiting the next post!

thanks, i ll keep in mind that, i work is such things from time to time and when there is a will to do it.as you see, i have made myself this wall-gasmask etc thing and looks ok. i need a a black n white graphic in the vein of 7inchcrust for http://crust-demos.blogspot.com/ my second blog. if you could you do something on it i would appreciate it :) (something with white background, not too big and in the sizes of 7inchcrust logo,thats the main idea..:)