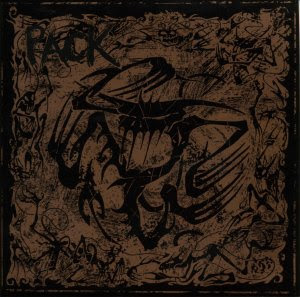 Let me (who's stopping me anyhow?) start by saying that this is a repost, as others beat me to the chase - you can check out crustcracker's post as well as this post in a site I don't think I've ever seen in the past.

So, Pack - swiss chaos at its best. This tight gem was released in 07/2003, according to the label's website - the 1st press consisted of 800 copies with gold-tinged covers; the 2nd press (01/2004) came up to 500 copies with silver-tinged covers, though I've never seen any of those (anyone?) I believe that I first came across this in Profane Existence's distro in the beginning of 2004; I ordered it immediately based on the description, hoping for something decent. What I got was the best 7" of the year, as anyone who has listened to "Skinned Alive" can certify. That same summer I got my hands on the Kaaos/Svart Aggression split 7" (can't believe we haven't posted that here yet - MUST do a.s.a.p.!) from Hibernation's own Last Scream distro & Alekos asked had I heard the Pack 7" already? So, it was due to him that I learned how Pack's history dates back to an unbelievable swiss band named Bagger (which he had witnessed live & which I now hope was also true of me - if you also haven't & are wondering why, check this...). This led to my tracking down the Bagger/Liselotte split LP (still trying to track down the Bagger/Nula tape release) with its über-brutal sound & amazing artwork (I threw in the artwork in a separate file of pretty big size - you can get it here for a while, though I will eventually delete it). Thus, if 7"s can be said to be lucky, this would have to be my own lucky 7" I guess...

So, Pack - the offshoot of Bagger, a crazy, crusty, grindy collective from Switzerland which operated in the mid-to-late '90s if I'm not mistaken. In particular, niggu (drums), bänz (guitar), & dömi (bass) all played in the aforementioned record with Liselotte. To top it off, they also have ties to Victors Hofnarren who were featured in the Whispers compilation & had a split LP (on Maximum Voice) with the amazing Jobbykrust (of which band more in a subsequent post), as niggu & bänz played in that record, too. Back to the 7" at hand, this has been their first (& in my opinion their best to date) offering, & it was followed by a split LP with grinders SOL (Rinderherz, 2004 - great artwork there, too, & still available in a few distros) & the "Booze For Future" 7" (released in Rinderherz in 2005, still available for purchase, & also to be found in crustcracker's blog). Nothing followed, though their myspace account says they're drunk but not dead & what else could humble I possibly wish them but to hold on to that blissful state but also assume affirmative action towards releasing the new track "Ich Bin Harter" (feat. a swiss rap artist, of all possible people, & available at the aforementioned myspace), if possible with other material of that caliber? Nothing, I guess.

One more thing, this one regarding the name: according to this interview, they got named Pack because dömi was working at the post office at the time & was really fed up with packing stuff & then packing some more stuff - hilarious, just like the rest of the interview.

Seeing as I have little other information to offer, I deem it wise to stop boring the hell out of you & end this missive somewhere............ here. Bang your head like there's no tomorrow to this one, it deserves it. 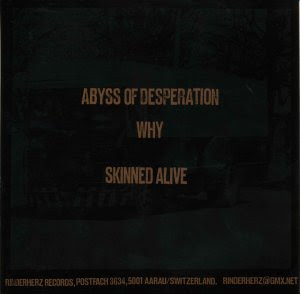 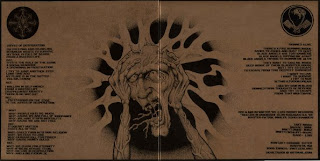 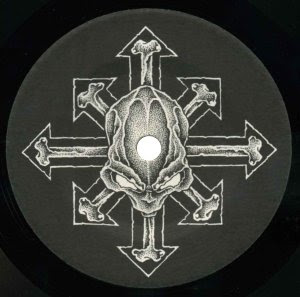 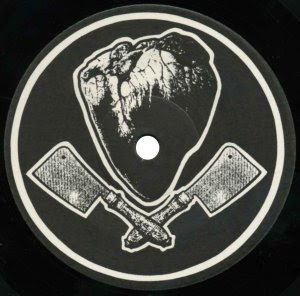 Toured Australia (early 2007 I think)and I think they were selling a gatefold 7". But my memory's a little hazy,(In true Pack style, I was blind drunk)

Yes, they did tour Australia but I knew nothing of the gatefold 7" - thanks for the info! I'll scour the earth looking for this one, I'm afraid...

BAGGER was the most intense I ever saw live and I doubt that there will ever be a band that will be able to usurp their throne! and I´m quite sure that EVERYBODY who was there in Pforzheim will agree!

this 7" is a killer, much better than Booze for future.Skinned Alive is a great song...and thanks for all these infos

and yeah! bring on some Contravene!

Oh, I will, don't you worry! The plan for June, though, is 3 UK bands - all 3 way great, in point of fact. Let's see whether I can find the time to rip the vinyls though... Too bad Victors Hofnarren have no 7"s, I'd love to post one here.

Yes, I remember this post. That's where I took the link for the live pics (thanx). And for the Whimpy - that split tape with Nula (who are friends of mine) is nothing but tape release of their vinyl split releases (Bagger/Lieselotte LP and Nula/E.M.S. LP), so if you're just after Bagger stuff you already have it.
Cheers

I saw this a bit late, again, so it's probably no use replying (oh well...). Thanks for the info - I have the Bagger/Liselotte & the Nula/E.M.S. split, too, so I guess I have the tape in vinyl format :)... The Nula people picked some funny collaboration, by the way - E.M.S. & then Bagger?!?

Hey Chris, thanks - I've the JK/VH split as well, but have never seen the Hellboozers one. In fact, I've only heard of the name in connection w/ Pack - if you or someone else tracks down a copy of the Hellboozers split, I'd be very interested in listening to it (esp. seeings as I like VH, too)!

i saw some of sleeves in silver (2nd press). they are similar to the golden sleeves. the booze for future ep is a fold out!

hey whispered, found the hellboozers split with krik disneylanda on a french distro, had a bit of trouble emailing them with spam filters and that but if i get hold of it i can scan it, i dunno how to get the music onto a computer though.

Hey Chris, thanks for the comment! If you get hold of it, please scan it & let me know. We can talk about transferring the music to a computer at that point, see what kind of equipment you have & whether it's doable with a minimum amount of hassle!

Bit of advertisement here...two members of Pack teamed up with the drummer of Lost and the guitar player of Brutal Massacre & formed Unhaim - and you should definitively check out their 7''!

Thanks for posting this album. I was wondering if you have a copy of Pack/SOL split album and if you can post it here. Thanks!