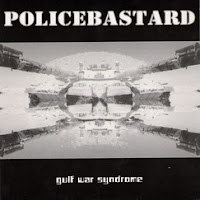 Back after a few days and shit happened meanwhile as it occasionally tends to but this time shit was great: A great gig is always a good reason for some extra beers, my headache and daze are still there,, Whispy is not on the mood to post anything so i have to do the hard job once again :)

It will be short this time, just a few words about Police Bastard since you know them: Some vets carrying history in Filthkick, Contempt and Doom got together in mid 90's and formed a project having its roots in Discharge and Chaos UK legacy. Their discog is two split lp's w A38 (Barbaren,1995) and Defiance (Ataque Sonoro,1995), a split 7" w Unkind(Fight Records,1999), the "Traumatized lp (Inna State Records,1995) and two 7"'s: Gulf war..." and "Cursed earth"(Twisted Chords,2002)
"Gulf war syndrome" came out in 1998 and consists of four tracks of UK hardcore with 90's crust sound. Police Bastard walk beyond the hardcore fields and search the deathrash realms (some Sepultura traces her and there is my twisted thought or just real?). they seem to have the will to do something different to the straight forward stuff or early days. The production is excellent and an insert with lyrics is included
i have nothing more to say, go get it..
Tracks:
1:Second skin
2:A lesson in human control
3:Gulf war syndrome
4:I crush worlds 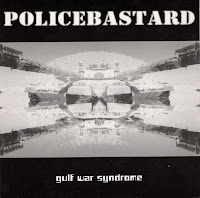 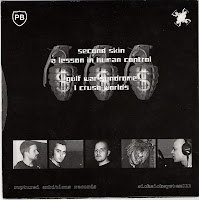 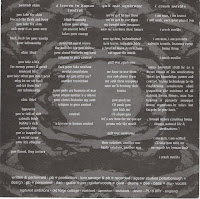 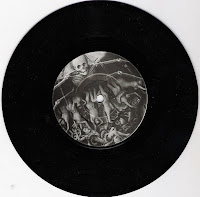 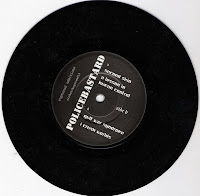 PB has always brought something good and heavy to that nineties English crust approach (which I think needed something to revitalize it). Good EP. I especially like that crushing bass!

Another fantastic upload. I always liked it when when bands where named after other bands songs. Assuck--->Misery Index. Kind of a legacy thing.