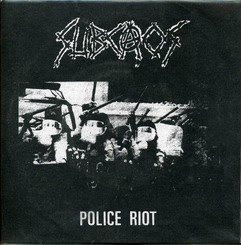 Some bad news:
You probably know about the changes in Divshare server. You could make an account there and upload as many files as you want and there was no bandwidth limit for downloads. This was the situation until the guys there decided to give 5 GB storage and 50 GB of downloads per month. There is no storage problem but 50 GB downloads per month is not enough and makes things difficult: The new shit started in January 17 and we are at 82% , this is because of the blog visits=downloads but also because of something else:Divshare counts as download not really the download but the simple click to open the page before the download starts,if you cancel the download by leaving the page,Divshare counts the entering to the page as one time download, some times it counts twice or thrice one download (i ve discovered that comparing the number of downloads in 4shared and divshare, divshare gives always bigger numbers, sometimes the double, while 4share is most accourate in counting . That means Divshare somehow cheats but we can not prove it..
Divshare did this for their own reasons($$$$) since the solution for this problem is to upgrade your account and get 10 times bigger bandwidth. I guess none will upgrade,am i wrong?

Back to crust now:
This is a split with two legendary crustcore bands from Belgium and Portugal.
Hiatus was formed in 1989 in Liege, Belgium, they recorded two demo tapes("The frightening men's story" and "In my mind"), they released some vinyl outbreaks of crust in early/mid 90's, they disbanded in mid 90's and members went on with Unhinged. For more details about their bio and discography check wikipedia or this old website.we ve met Hiatus here on Way of Doom 7" and Stig from Mad Blasts of Chaos has posted their split w/ Doom
I dont know much about Portugese scene but Subcaos were one of the most important bands and one of the few bands i know from there along with Symbiose. A nice scene report is posted on 4 the kids" blog.
Anyway, They were formed in 1991, they split in late 90's and formed back in 2002, i m not gonna put here their bio, check their myspace for infos about their discography and a detailed history written by F.J. aka "Xico", mainman of band.
This split a.k.a. "Police riot/Disarm all pigs now" was released in 1995 1994 by Slime Records and each band contributes live recordings, three Hiatus and four Subcaos tracks for about 13 minutes of raw crustcore. Hiatus tracks were recorded in Brno, Czech Republic and Subcaos tracks come from a gig in live in Belgium.
Tracklist:
Hiatus:
1: Way of doom
2: Disarm the bastards
3: Purulent stench of war
Subcaos:
1: Realities of war
2: Militaristic farce
3: Poison
4: Put your trash in a can 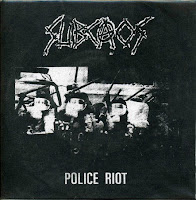 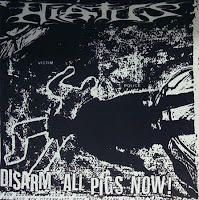 Great post and an awesome split. Hiatus are killer as per usual.

A little off topic, but I'm trying to track down some Lebenden Toten songs... basically the latter half of the State Laughter collection:

I've got the tracks from the LP and from Nuclear flowers and both of those are raw, noisy, and awesome. If you've got any of these, It'd be awesome to see them on the blog. Thanks for your hard work and keep up the good posts!

sorry but i can't help you:i have n't any Lebenden Toten record, try some p2p prog or ebay

No problem... Thanks for responding. Cheers!

Hi there! FJ here from SUBCAOS...great to see it here...were preparing an album for 2009 pure metalpunk songs from 96 re-recorded and new songs from 2008-09.
That split with Hiatus came out in 1994. The only record in 1995 we had was the split ep with Battle of Disarm.
Cheerz!

Hi FJ, i didn't know that your drummers is on Etacarinae for their tour, thanks for the comment and the information you added.
cheers

BlueHost is ultimately the best hosting company for any hosting plans you might require.