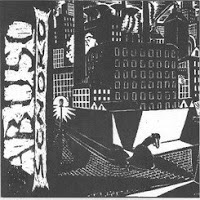 Back to crust with a noisy shit in a split with two bands that are inactive nowadays:
Autoritar were from Berlin, Germany, they were formed in 1995 and released a bunch of split ep's:w Agathocles(Yellow Dog,1996), w Vomit For Breakfast(1999,Bad Card Records), w Coma(Yellow Dog,2002), w Uncurbed(Rescued From Life Records,2004). There is also the split lp w Totalitar(Yellow Dog,1999), the split 10" w Warsore(1996 - TVG Records/Yellow Dog,1996) and the eponymous 7"(Rodel,1997). There are also some tracks in compilations. Most of these releases are out of print and Yellow Dog is about to release a 1996-98 discography cd.The band is inactive nowadays and their website is dead for ages
Abuso Sonoro were formed in 1994 in Sao Paolo,Brazil and released several records all these years,(incl. a split 7" w Detestation(Six Weeks,1995) and Revolte-se 7"(Sin Fronteras,1996), check their Myspace for a detailed record list, it is too long to mention here. The band is inactive since members are involved with other bands or other activities.
Abuso Sonoro/Autoritar split was released by Yellow Dog in 2000 and is no more available. Raw crustcore vs brutal hardcore, both bands sound aggressive delivering about 13 minutes of political hardcore assault. Tracks 3 & 4 of Autoritar are connected each other
Tracklist:
Autoritar:
01: Marching off to war
02: Extreme dry humping
03: Burning paradise &
04: Bastard
Abuso Sonoro
1: Justica cega
2: Indipendente da cor
3: Boicote os zoologicos 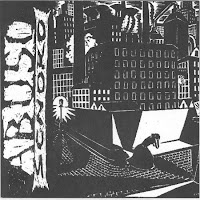 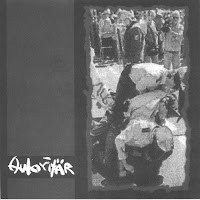