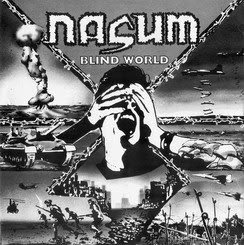 This is the last post for this year and was going to post some other record for this but the last minute i remembered that in a day like this in 2004 i woke up that morning and i heard on tv about a gigantic wave of sea that caused an apocalyptic disaster with thousands of dead and missing people. Three fuckin years later and during the Christmas days i didn't hear any fucking word from media, a word of remembrance about this.I couldn't believe this shit and still i can't, a tsunami is not something you hear about every day and i know i can't feel the tragedy of these people as i m living million miles away....
One or two days after the earthquake, i ve seen on Profane Existence's messageboard a thread about the missing of Mieszko Talarczy, some replies just confirmed his death...

The Nasum/Agathocles split was released in 1993 by Poserslaughter Records back in 1993, a sheet is included with lyrics and some artworks. Actually this record was going to be a Blood Duster/Nasum split but it ended up with AG instead of the Australian goregrinders. AG contribute one live track and these Nasum tracks open the disc 1 of Grind Finale 2xCD, their swan song comp dedicated to Mieszko..
Thats it for now, see ya next year. Greetings to some of you out there,(you know who you are) and best wishes to the rest of you.Have a nice and drunk new year's eve and crusty new year and always remember: you are the ones who keep active the blog not me, see ya
Tracklist:
Nasum
01: Blind world
02: Think
03: Scarecrows
04: No time to waste
05: Total destruction
06: Between the walls
AG
1: Intro:Remember how your burger is made
2: Pulverised 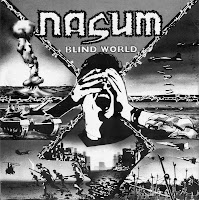 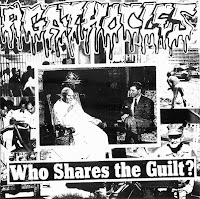 Those three years went by so quick.
Mieszko brought me back from the brink in 2000, R.I.P.

Thanks for this, and for the effort you put in here.

PS: in case you haven't noticed yet, I've changed my homepage.

Crusty new year to the host, most of all, & then to all of the people frequenting the blog! WELL DONE!!!

2 of my favrite bands. Thanks, the Ag side is always underrated.